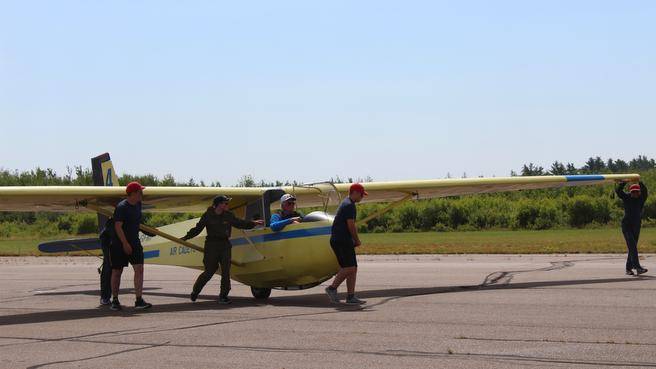 When you leave this mortal coil, with luck, you will be leaving it with few regrets and wishes unfulfilled. There is an organization in Nova Scotia that is designed to ensure that senior Nova Scotians’ wishes do not fall by the wayside.

“A few years ago, my co-founder, Katie Mahoney, was nominated to do an act of kindness,” Cara Boudreau, of the We Are Young Association, says. “She decided to take a senior out for a day of activities that were solely focused on this lady. It included some very simple things such as getting her nails done and getting groceries. When she was talking to the lady, she found out about her life and about the many hardships she had encountered.”

Those small acts of kindness grew into the We Are Young Association, and Boudreau says Mahoney still sees the woman she spent the day with. One of the things she notices is that the woman still cherishes that day spent on pampering and now always has her nails polished and painted.

“We want to fulfil the unfulfilled wishes of our seniors,” Boudreau says. “In order to qualify, you have to be 70 years of age and living in Nova Scotia.”

The WAY Association was formed in 2015 and has fulfilled four wishes so far.

“Our first wish was a woman named Joan Decker,” she says. “Her son had recently passed away and she wanted to get a tattoo that would remind her of him. The second was a man named Jim Legge who had always wanted to become a pilot but he was too tall. So, when his daughter heard about us, she got in touch and we arranged for him to go flying in a glider.”

She says the wishes are often for simple things, but things that matter to the person whose wishes will be granted.

To fund the wishes, the society holds a number of fundraising events including an annual golf tournament at the Links of Brunello, which was held on Sept. 15.

“We had 88 golfers participate and we raised $20,000. Westjet is one of our major partners and we offered two tickets anywhere they fly as a prize. We couldn’t do events like this without support from volunteers and our major sponsors. The golf tournament was a lot of fun and was certainly an incredible day,” says Boudreau.

Working to provide seniors with the wishes they’ve held close to their hearts for years is fulfilling to Mahoney and Boudreau.

“It’s humbling to talk with seniors and hear their stories,” she says. “They’ve contributed so much to our province and we’re proud to honour them. It’s also wonderful to bridge the gap between generations — we have so much to learn from our elders.”