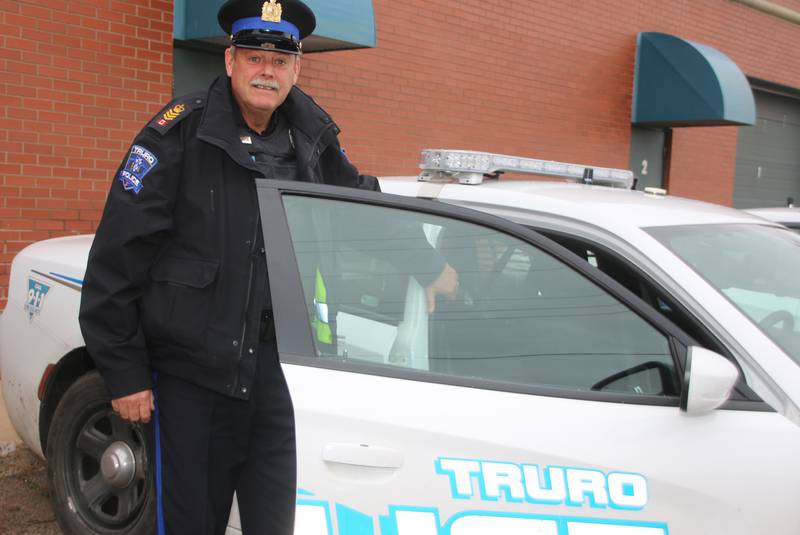 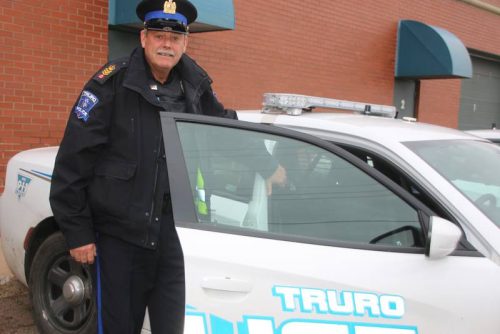 There’s not a day Staff-Sgt. Randy MacKenzie has regretted on the job – not even the day he was shot at.

But after 37 years with Truro Police Service, he’s decided to retire. Today he’ll put in his final shift.

“My grandchildren are kind of the focus now,” he said. “I have one who’s seven months old and one on the way. My wife, Charlene, retired last April and we want to spent time with our grandchildren.

“I have a younger brother who died two months ago and it really brought it home how important it is to spend time with family.”

MacKenzie was born and raised in Truro and joined the police out of a desire to help others. In 1978 he applied to join the RCMP but was too young and was told to come back in two years. Not wanting to wait, he went to Holland College. He got a summer position with Truro Police in 1979 and a full-time job in early 1980.

“Every day there’s something new,” he said. “It’s the challenges, and how we overcame them, that made the career what it’s been. I’ve never been tempted to leave for another job.

“I like dealing with people and making a difference in people’s outlook on police.”

Chief Dave MacNeil is sad to see MacKenzie go but he’s happy to see him going on to enjoy other parts of his life.

“He’s a great officer and a great community member, as well as a friend,” MacNeil said. “He’s pleasant to work with and he’s been a mentor for a lot of people here. He’s a class act and a gentleman, and he treats people with respect.

“I’m going to miss him for sure but he put his time in here and he’ll still be around for things.”

In 1988 MacKenzie made a successful arrest after being shot at during an incident on Willow Street. He was honoured by being named Police Officer of the Year for the Atlantic Provinces.

He’s had no major injuries over the years, and believes, by using a combination of common sense and conversation he’s often made it through situations without putting his hands on anyone.

MacKenzie has worked in several areas, including major crime, and has seen many changes in technology, equipment and training, as well as the move to the current building.

“This building took us from the stone age to the space age,” he said. “It rejuvenated the whole police service.”

He noted another highlight for him is the relationships and partnerships he’s forged over the years.

“I’ve got mixed feelings about leaving,” he said. “I still enjoy the job and the people I work with, and if I was 20 I would jump in a police car and do 37 more years, but it’s time to focus on family.

“We have a grandchild due in March so we’ll be travelling to Fort Mac, and my seven-month-old granddaughter has stolen my heart. She’s a breath of fresh air.”