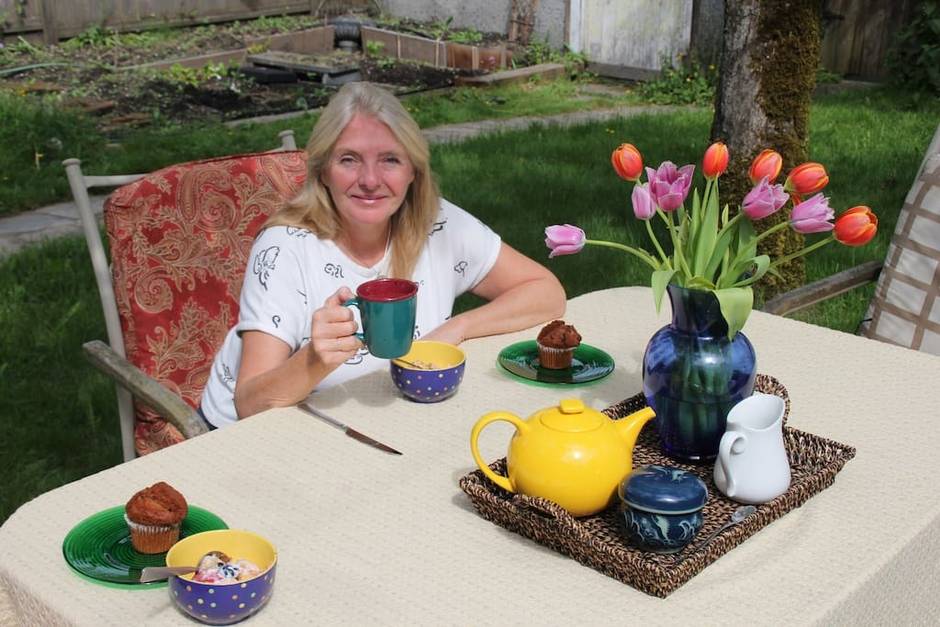 When Ruth Donsky’s grown children moved out of her Toronto home, she looked at their empty bedrooms and spied an opportunity.

“I thought, I’m a little old lady with a house and a garden and two kids’ bedrooms with no one in them,” says Ms. Donsky, 68. “I should be renting them out.”

And that’s what she did, signing up as a host with the home-sharing platform Airbnb to bring in some much needed income to supplement her retirement savings.

“It’s not a lot – this is the first year I’ve made more than $1,000 – but I think it’s a wonderful thing to do in retirement. You get to work from home,” says Ms. Donsky, a former independent school teacher who retired three years ago without a company pension.

The number of Airbnb hosts who are 60-plus years old in Canada. That’s almost 10 per cent of hosts in Canada.

The average number of days Airbnb hosts in Canada rent out rooms in their homes in a given year.

Percentage of senior hosts who say their primary reason for hosting was financial.

She rents out rooms for $68 to $90 a night, depending on the season, in her semi-detached residence near Lawrence Avenue and Yonge Street. It’s not a downtown location, and in her first couple of years she had very few guests. But this past summer she had more in one month than all the previous years combined.

The popularity is growing on both ends. Hosts aged 60 and older are Airbnb’s fastest-growing demographic. Senior women make up nearly two-thirds of all senior hosts. They also get the highest ratings from guests.

“Seniors are signing on as hosts at a faster rate than the rest of the population,” says Aaron Zifkin, Airbnb’s Canada country manager. According to surveys done for the company, Airbnb hosts in Canada make an average annual revenue of $6,500.

“There are more than 5,600 of them alone in Canada and we have another million-plus [senior hosts] worldwide,” says Mr. Zifkin, adding that the reasons are pretty simple.

“Seniors come to Airbnb to earn a bit of money to pay for extra expenses. But it’s not just the increased earnings. It’s the whole component of social inclusion that comes with being an Airbnb host.

“This is a generation that grew up in an era where travel was about meeting people. It wasn’t about scoring the perfect selfie.”

An older demographic represents a departure from the company’s origins in 2008 as a makeshift bed and breakfast run by a couple of hard-up millennials. Brian Chesky and Joe Gebbia were roommates who supplemented their San Francisco rent by letting out three air mattresses squeezed into their communal living room.

When forced to shutter his business for health reasons, Colin Gillies looked for a way to earn extra money. Renting out spare rooms in the family home in Toronto seemed a perfect solution to his financial problems. (Chris Young for The Globe and Mail)

The concept has since taken off. Airbnb today is a $25-billion company and growing – with more than one-million current listings in 34,000 cities and 190 countries around the world, Mr. Zifkin says.

It is free to post a listing, but Airbnb charges guests a booking fee and charges hosts a service fee ranging from 3 to 6 per cent depending on the length of stay.

“A three-day stay comes to around $12, every time it’s different,” says Colin Gillies, a 62-year-old Airbnb host in Toronto at Dovercourt Road and College Avenue.

Mr. Gillies first signed onto Airbnb as a host in 2013. Trained as a graphic designer, he ran his own business. His wife is retired. When forced to shutter his business for health reasons, Mr. Gillies looked for a way to earn extra money.

“It’s been a lifesaver,” remarks Mr. Gillies. “I wasn’t going to perish. I had some savings. But Airbnb gave me the opportunity to have a little fun in my life and meet people. So it was a little selfish.”

Adding a kitchenette to a third storey once occupied by his children, he rents the whole floor for $125 a night, earning more yearly than the average host.

“I think a lot of retirees might not have set aside enough to get by on and so the extra income brought in as an Airbnb host bumps up their savings,” Mr. Gillies says. “But it’s also a way to meet people. I think many older people are starved for company and conversation.”

Michele Hall, 66, of Vancouver signed on as an Airbnb host three years ago.‘I love the camaraderie. I really don’t like being on my own.’ (Chris Young for The Globe and Mail)

Meeting others is also why Michele Hall of Vancouver first signed on as an Airbnb host three years ago.

“I love the camaraderie,” says the 66-year-old retiree, an empty nester who rents out her grown daughter’s former bedroom for $59 a night in the East Village. “I really don’t like being on my own.”

Becoming an Airbnb host has meant she no longer lacks for company.

Recently, Ms. Hall travelled with guests who had stayed in her home for two months. “They were more like roommates,” she says. “We ended up becoming friends.”

Ms. Hall won’t disclose how much she earns as an Airbnb host but says it’s below the national average. As she travels so much she can host for only limited periods.

She lives mostly on her government pensions. “I am barely scraping by. But Airbnb has allowed me to live comfortably.”

The seniors paint a rosy picture and that’s because, for the most part, their experience with Airbnb has been positive. They aren’t out to become real-estate moguls; they just want to use their most important asset, their homes, to generate extra income.

“I have had only one bad experience, and it was with a guest, a young man, who celebrated a job promotion by getting drunk,” Ms. Donsky says. “He came back to the house late at night and slammed doors. I was furious. The next day I called Airbnb and asked, ‘How do I get him out?’ They had my back all the way.”

Ms. Donsky tells the story to counter what she calls “all the negative press” generated by critics who say Airbnb’s unprecedented growth is turning neighbourhoods into high-traffic areas, reducing access to affordable housing, and costing the hotel industry not just revenue but also jobs.

But retirees who rent out a few spare rooms in their home aren’t the problem.

“If it helps seniors to supplement their income and they don’t remove units that could be rented out in the existing housing market, I think it’s a great opportunity for them to share their homes if they are present,” says Thorben Wieditz, spokesman for Fairbnb.ca, a national coalition of tenant associations, housing activists, the regulated hotel and bed and breakfast industry, rate payers associations and condo owners.

“In general we would support any type of home sharing as long as it doesn’t remove existing units from the available housing stock. … Research has shown that most problems we are concerned with originate with an absentee landlord renting out an entire property,” Mr. Wieditz says.

Ms. Donsky says that Airbnb invites tourists to live like locals and share in the values of their hosts. Those who might not fit in can easily be kept at bay, Mr. Gillies adds.

“The premise of the sharing economy is building what is called social capital which basically means even though people don’t know you, others have experienced you and they leave comments behind for others to read,” he says.