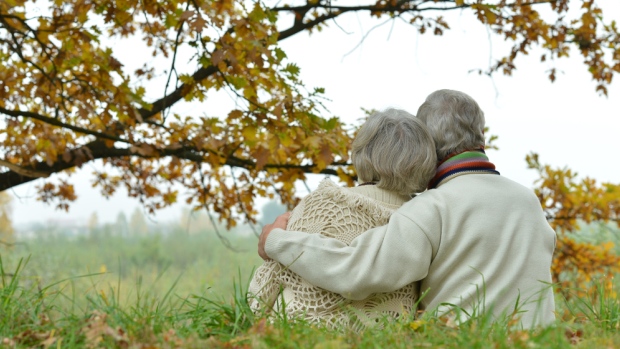 Seniors in rural parts of the province are trying to stay in their own homes and not worry about transportation, says a St. Thomas University student studying the unique perspectives of these New Brunswickers.

Joele Gilbert, a fourth-year gerontology student, said she spent the winter interviewing rural seniors in central New Brunswick, trying to find out what the “subjective meaning of home” is for them.

Her interest in the subject was piqued when she learned 47 per cent of New Brunswick seniors do live in rural areas.

“We have a population aging, and a lot of our population is aging in a rural area,” Gilbert said in an interview.

Gilbert’s study is confidential, but there are quotes from the study that give some insight into what the seniors like about rural living;

“It’s where you can see the stars at night,” one participant told Gilbert.

“It’s all wrapped up in the location, in the birds, in the wide open spaces, and particularly in family, because my family is more or less in this area too,” said another. “It represents … my life, and my life is I’m a rural woman.”

Participants also outlined some of the challenges.

“It’s between me and the elements,” said one.

Gilbert said rural communities deal with two stereotypes about seniors. The first is that rural areas aren’t well serviced or staffed with support for seniors.

The second is the sense there is a more neighbourly feel in the countryside, which can foster support.

“So we have sort of two contradictory assumptions,” said Gilbert.

When she interviewed the seniors she noticed both stereotypes in their world views.

“You would see that ambiguity in an individual person that you were interviewing,” she said. “I think each of those people that I interviewed would express both of those things,”

A common thread in the interviews was that rural seniors want to remain in their homes.

“Overwhelmingly, the people that I spoke with want to remain in their own homes as long as possible, but there’s a huge amount of diversity in the responses,” said Gilbert.

Gilbert also said there is a realization among seniors they may not be able to stay at home forever.

“Everyone I spoke to was well aware that as we age our situation changes, sometimes on a year-to-year basis,” said Gilbert.

Leonard LeBlanc, the president of the New Brunswick Senior Citizens Federation, agreed that not being able to stay in their own homes is a huge issue for seniors.

“There’s nobody that wants to go in a nursing home,” LeBlanc said. “They all want to stay in their homes.”

He said the government should make it easier by instituting a home-care program so that professionals or family members can take care of seniors. Many people can’t afford such care, he said.

“Most of young families today, both [adults] are working, and if one of them decides to look after a family member that’s sick, well, that’s one revenue not coming in,” LeBlanc said.

Transportation is the other pressing issue, Gilbert said.

“All of the people I interviewed had their own vehicle and still currently had their licence, but they recognize as they age that having access to a vehicle is vital,” she said. “But it’s not always well understood how they would navigate themselves back and forth to town without that.”

Gilbert has interviewed 12 seniors so far and is planning to interview more. The group was made up of eight women and four men between the ages of 65 and 91. They lived between about 15 and 30 kilometres from Fredericton.

While the sample size is relatively small, Gilbert said the nature of the study can bring insight other studies can’t.

“While you’re generally talking to less numbers of people, you’re talking to them more in depth and you are getting their perspectives on their experience,” said Gilbert.

Gilbert said her next step is to interview more seniors starting the end of June. She hopes to wrap up her research by the end of August.