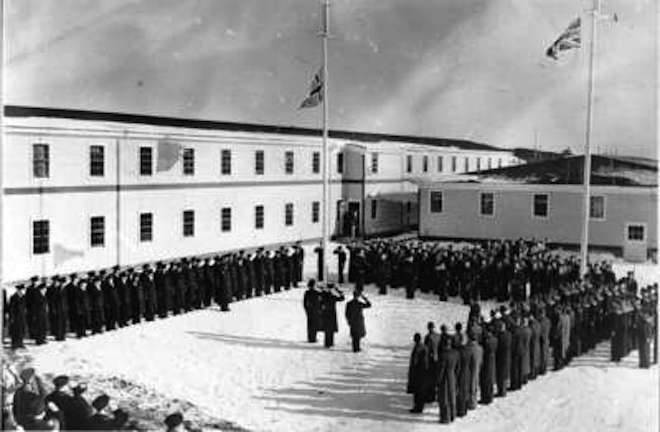 Heritage Canada has announced the greenlighting of a documentary about World War II’s Camp Norway.

In partnership`with The South Shore Genealogical Society and Blue Dory Productions, the film — When 800 Norwegians Couldn’t Go Home — tells the story of the camp in Lunenburg.

It is set to be shot in October and November 2016, and will be produced and created by seniors with a connection to the camp. They will attend workshops to obtain interview skills, storytelling, lighting, video capture and editing training.

Participants will film each other’s testimonials, and help each other with the production process.

The film will have an exclusive release with the Lunenburg Doc Fest, Lunenburg Heritage Society, Fisheries Museum and the South Shore Public Libraries later in the year.

The project received $20,000 in funding from Heritage Canada and is based on stories of 800 Norwegian soldiers who arrived by ship in 1940.

The camp was primarily a military training centre that trained more than 1,000 crew members and gunners until the Royal Norwegian Service was disbanded in 1944.

Some of the men went back to Norway after the war but many stayed in the Lunenburg area. These soldiers integrated as part of Lunenburg, contributing to the economy, starting businesses, marrying women from the town and starting families. The buildings still exist and are now owned by ABCO Industries.

“Because the South Shore Genealogical Society preserves and protects the history of Lunenburg County we felt it was important to preserve the stories of Camp Norway before they are lost” said Cheryl Lamerson, the SSGS Program Coordinator.

“We couldn’t think of any better way to collect stories than to engage in this project with Blue Dory Productions. The participants will get to acquire new skills and we will have the film to add to our archives for years to come for historical records and continued public showings.”