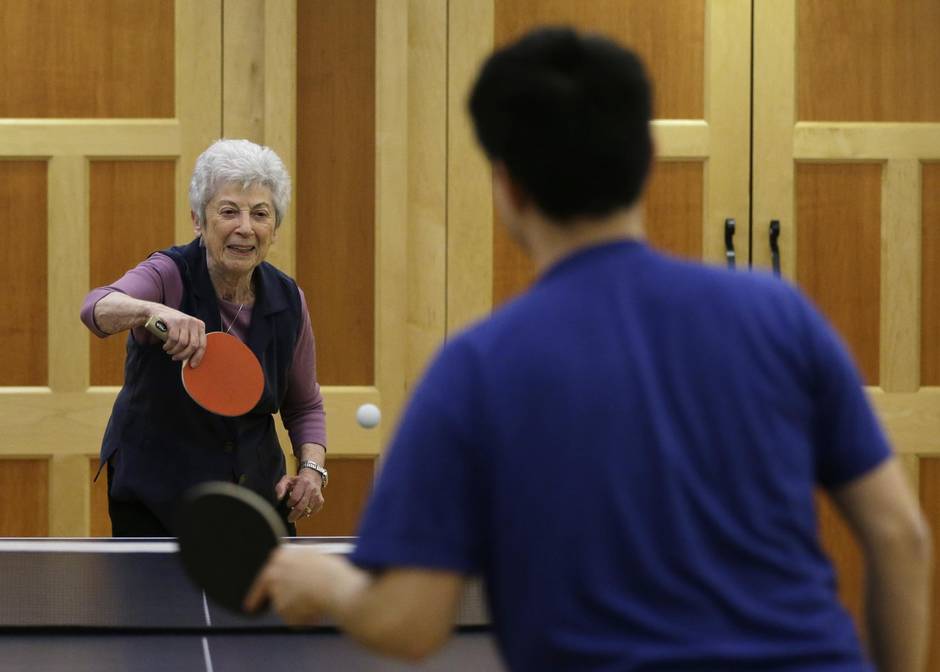 Three Western Michigan University graduate students moved into their on-campus apartments at the beginning of the fall semester. The campus on which they are living, though, is not Western Michigan’s. And their neighbours are not college students – at least they have not been for a long time.

Colett Chapp, Corey Youngs and Lori Johnson are about a third of the way through the 19 months they will spend alongside 80 senior citizens in a Grand Rapids, Mich., retirement community as part of what is believed to be one of the first such research projects of its kind in the United States.

The three will live at the Clark on Keller Lake facility for their entire time in Western’s occupational therapy graduate program. A research team will collect qualitative data from the students, the senior residents and their families, as well as Clark staff, as part of the social and communication-based research project looking at the impact of isolation and loneliness, aging and stereotypes of retirees by students and vice versa.

Ms. Chapp said the move-in last year was not without some initial uneasiness. But the 22-year-old from suburban Detroit quickly found a way to connect with her much older neighbours.

“We went to the meals, but it’s kind of awkward to just sit down with somebody that you don’t know and just start eating with them,” Ms. Chapp said. “So, the first time that I felt like I was really relating to somebody was at poker.”

“I like her. She’s a very nice gal,” Mr. Burkholder said of Ms. Chapp after the pair, along with Ms. Youngs, Ms. Johnson and three other residents, finished up a card session.

The architects of the study said they hope that by the time the students move out in 2018, the experiment will have led to more effective intergenerational communication – something that already has been established at a retirement community in Ohio.

A similar program is under way in that state, where students from the Cleveland Institute of Music and the Cleveland Institute of Art live among residents of the Judson Manor and Judson Park facilities. While the arrangement in Cleveland isn’t tied to academic research, it features like-minded goals: reducing the social isolation often experienced by the elderly and bridging the gap between young and old.
Laura Berick, 81, a retired art dealer, has lunch with Justine Myers at Judson Manor in Cleveland. Ms. Myers is an artist-in-residence at the manor and is an Oberlin College graduate student studying music. (AP)

For retired art dealer Laura Berick, 81, the gap has been bridged.

“Here I came to Judson Manor, where there were young adults. And life sparkled,” Ms. Berick said after hosting violinist Tiffany Tieu, 27, for lunch at her apartment inside the historic former luxury high-rise hotel.

Ms. Tieu, who recently moved out after three years to take a job with the National Opera of Chile, said she and Ms. Berick developed “a really special friendship.”

“You do have those opportunities to find someone – a kindred spirit, I guess you could say – that’s very unexpected and that wouldn’t happen otherwise,” Ms. Tieu said.