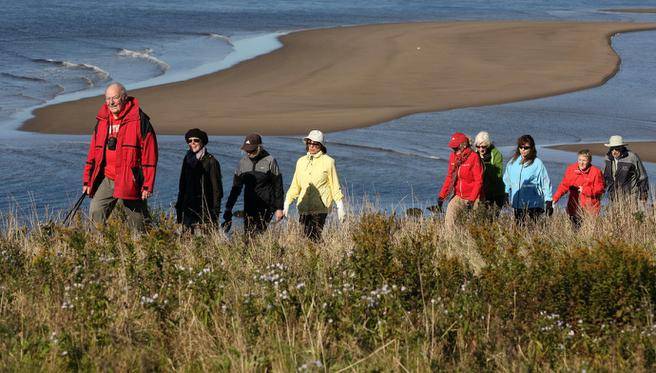 No two roads to building a business are the same. Useful insights and bright ideas can be found in almost any approach, but some are worthy of more discussion than others. Nova Scotia startup HomeEXCEPT is shaping up to be one of them. There is a deliberate and opportunistic strategy driving the company forward, and the early momentum and progress they are gaining indicates it’s working.

HomeEXCEPT sells thermal sensors that, when placed in residential environments, can be used to monitor the safety and wellness of the individuals in the space — without actually seeing them. Completely different that a “spycam” or even a motion sensor, thermal sensors can generate various insights based the activities and conditions within the environment.

Apply this technology to homes where seniors are living and it becomes possible to know if someone in the home has a fever, if a window has been left open, if the stove has been left on (or, alternatively, not turned on at all), or if someone has spent an abnormally long time in a bedroom, indicating that perhaps they haven’t gotten out of bed.

In the same way that a smoke alarm can’t tell what is burning or why, but can still alert you to the presence of a problem or risk, HomeEXCEPT provides a tool that can create peace of mind for families.

An innovative solution to a familiar problem

As HomeEXCEPT founder and CEO John Robertson explains: “The thing that was most important to me about this idea was the nonintrusive aspect of it, because that enables everything else. When we designed it, there was very strict criteria we gave to engineers. Criteria number one was it couldn’t be a camera because I didn’t want to spy on people, and criteria number two was that it couldn’t be a wearable. When we were doing our research it was clear that people would forget to put it on. The one thing we know for sure is that the family is worried about mom, and mom is worried about the family worrying about her. The whole idea of simply using temperature so that her privacy is preserved but we still have enough insight to know if she’s OK relaxes the family a bit and keeps her happy, as well.”

Ultimately, HomeEXCEPT is a data company. They are using technology to gather information and data, which can then be used to generate insights and new solutions to the multi-dimensional problem of aging well.

On the individual and family level, those new solutions look like relieving family members from worry and creating the ability for seniors to stay in their homes. On the societal or industry level, HomeEXCEPT envisions their data can eventually inform predictive models for disease and lead to the creation of new risk-mitigation products and life-enhancing solutions for seniors and their families.

“I build things that are good enough, rather than striving for perfection,” said Robertson.

After becoming incorporated in January of this year, HomeEXCEPT built out their first version of their product in 60 days and raised $250,000 in seed funding before it was even finished.

“We literally had a napkin sketch to explain what we’re doing,” Robertson says of his success in getting four private investors on board, three of whom are retirees over the age of 65 who are interested in also lending their expertise. It’s a promising and impressive milestone to have achieved this early.

“They believed in it enough to want to get involved,” he said.

HomeEXCEPT serves a very well-defined segment of the population

Although they are building a Nova Scotian team, including choosing local suppliers like Allendale Electronics from Lockeport, they are focused on serving a North American market.

According to the Centre for Disease Control and Prevention in the United States, 55 million people are over the age of 65 and 10,000 turn 65 every day. It is forecast that there will be 75 million people over the age of 65 living in the United States by the year 2030. That will be 20 per cent of the country’s population — and a large and well-defined target market, for sure.

“You have to think about the conditions that exist within a certain demographic,” said Gail Eskes, a professor in the Department of Psychiatry and Psychology & Neuroscience at Dalhousie University, and an advisor on the HomeEXCEPT team.

“If you have an older person who is concerned about being able to stay in their home, they probably have a child who is in their 50s or 60s and they’re in the prime of their life. The more we can relieve them of daily check-in visits, constant worrying and so on, that doesn’t mean it’s a bad thing to want to go see your mom but giving them a little more piece of mind allows them to function at their best as well.”

A baby boomer herself, Eskes can relate to the experience of having older parents. As a researcher and former clinician, she is interested in helping people live as well and as independently as they can, and using technology to enhance that transition.

“When we get to 50 and above, there is so much that people have to offer society but you end up having all of these other worries that you have to take care of,” she said. “I want to enable people to continue to make as meaningful of a contribution as they can, for as long as they can. The technology that HomeEXCEPT is using enables that.”

For her, lending her expertise to the HomeEXCEPT vision was a no-brainer, and Eskes became a member of the collaborative team of specialists who are rallying around the company’s “why.”

For some, their buy-in stems from empathizing with their parents. Others are excited about the longterm potential of the data while others, including Robertson himself, are simply in love with the problem.

“We have some of the brightest academic minds in the world in Nova Scotia,” said Robertson. “I want to channel that towards solving a shared problem and connecting people to real, tangible and meaningful solutions they will want to pay for.”