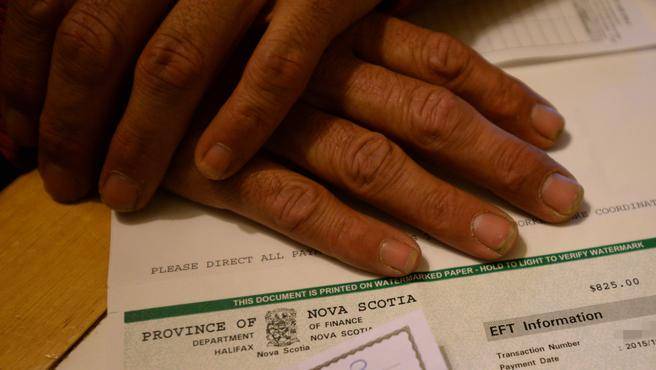 A few months ago, I read an interesting article in your paper by Brian Gifford (“Federal tax reforms will help Nova Scotia and Canada,” Sept. 28) on tax fairness. It made me think of the financial situation of the elderly and people involved in precarious employment.

I thought I would reflect on the 2016 census and how the elderly population has changed in terms of population and economic situation. The 2016 census revealed a historic moment, with almost a quarter of the population expected to be 65 or older by 2031. And Canadian seniors outnumber children for the first time.

Tax breaks in recent years have benefited wealthy corporations and entrenched poverty at the bottom.

Because of the CPP and GIS, Canadians are under the impression that seniors poverty is something we no longer need to worry about. This simply isn’t true.

Seniors poverty is on the rise again, according to the census and 2013 information compiled by the Broadbent Institute. The Broadbent report of Feb. 11, 2016, just seven months before the census, paints a stark picture of worsening poverty and inadequate savings trends.

And it offers a clear baseline of evidence for government action. Roughly half of Canadians aged 55-65 have no accrued employer pension benefits. The vast majority of those Canadians retiring without an employee pension plan have totally inadequate savings.

According to the Canadian Association of Retired Persons, 12 million working Canadians do not have a workplace pension and are increasingly unable to save sufficiently for their retirement.

Future generations of Canadians face little prospect of a decent standard of living in retirement unless something is done soon to help. Inadequate retirement savings, precarious employment and inadequate structural supports combine to make it difficult for many Canadians to live with income security before and during retirement.

Aging presents a significant challenge to the long-term sustainability of public finances, with increases in demand for public pensions, health services and long-term care in Canada.

Systemic change is a concept both universal and uniquely Vincentian (referring to the St. Vincent de Paul Society). It is related to advocacy and a Vincentian approach to a person’s living in poverty, which is creative, practical and sustainable. This system-change method, doing social or political charity, can stimulate political charity. It can stimulate our actions and bring about change.

Change requires integrating concepts that confirm an individual’s dignity and self- determination and alleviate social issues that hinder a person’s full participation in society.

Charity refers to day-to-day, direct-service charity as the first-aid kit. Some non-profits deal in direct service and the charity side of things and some deal in systemic change, seeking to root out the issue and solve it at its core. We need both in the end, as we cannot allow people to starve to death each day while we work on the complex issue of solving hunger. Conversely, we cannot only pour out resources each day for eternity, never considering ways to end the need.

2. View the situation of the poor through cultural and political structures to see why people are poor and struggling. We need to analyze the parts to see the whole with a new vision. For example, if a family’s hunger is due to the lack of food, is it the inability to grow it or buy it?

3. Act. After analysis of the situation that the poor are in, we can develop a plan. The plan can encompass meeting the needs of the community and looking at long-term solutions critical to the plan. And to outline ways we involve all stakeholders to collaborate and set specific goals and measurable objectives