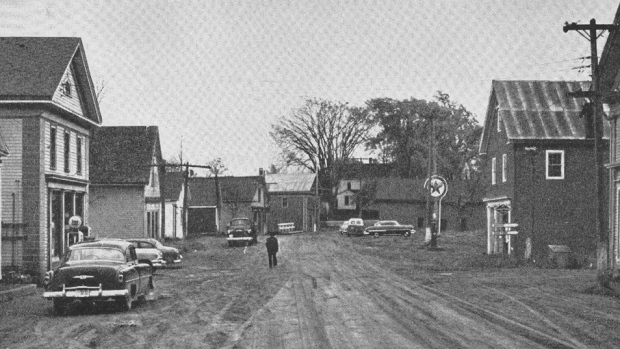 The oldest general store in Nova Scotia is getting back to its roots by delivering groceries to seniors and others who can’t make the trip to the store.

Troy Robertson, the co-owner of Frieze and Roy in Maitland, started the program on Monday. He said he’s been thinking about offering the service for a few months.

“The reason we like it here is because we have so much open space, but it’s a problem for some people to get around sometimes,” he said.

Robertson will personally make the deliveries on Saturdays.

The delivery fee is $5 with a minimum order of $50. Liquor, tobacco products and lottery tickets won’t be delivered.

The co-owner of the Frieze and Roy General Store in Maitland will personally deliver groceries for seniors and others in the area on Saturdays. (Frieze and Roy/Facebook)

Robertson plans to make the loop from Maitland to Noel and back through Kennetcook. He expects a handful of people will sign up this winter, even though many more could likely use the service.

Since the delivery route spans more than 60 kilometres, Robertson doesn’t plan to make much money.

“We’re doing it as a service to the community. It’s just one of those things we identified that needs to happen or we’ll try to make it happen,” he said. “If they want it, then they’ll use it.”

Robertson says in communities such as Noel, people have to drive 25 minutes to the nearest store for bread and milk. In a snowstorm, that can become an even bigger challenge — one that he plans to overcome.

“I’ve got four-wheel drive, so as long as it’s not too miserable I’ll keep going and drop stuff off,” said Robertson.

Frieze and Roy has been in operation since 1839