Nova Scotians are turning their backs on bingo halls and betting more heavily on charitable lotteries like Chase the Ace.

The general manager of Cole Harbour Place said his facility stopped holding bingos in the late 1990s for financial reasons.

“There was a time when quite a few people showed up and it helped the facility,” said Mike Cogden. “But for us it made a lot more sense to convert the area that was used for bingo into more tenant space.”

Cogden believes a ban on smoking also helped reduce the number of people attending bingo nights. The former bingo hall is now divided between a physiotherapy clinic and a programming room.

According to the fundraising co-ordinator for the Digby legion, bingo is a social event for the seniors in the area, while Chase the Ace attracts a different crowd. Both are offered one night a week.

“It’s been positive. We’re certainly not losing anything and we’re keeping everybody happy,” said Carol Lalonde.

Lalonde said the biggest bingo jackpot at the Digby Legion is $50. She said the second time the legion offered Chase the Ace, the winner took home close to $20,000. 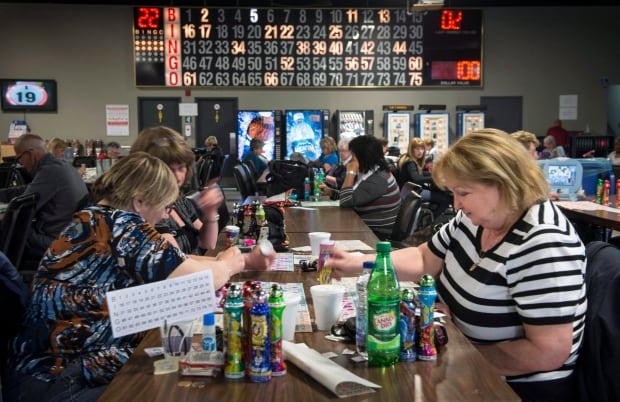 “It only takes one ticket to win,” said Lalonde, adding that a third round of Chase the Ace is now underway. “It’s very popular.”

The amount of money wagered on charitable lotteries had steady increases from 1997 onwards, but jumped substantially between 2014 and 2016, increasing from $35 million to $58.5 million, an increase of 67 per cent.

In the provincial government’s most recent annual gaming report, the popularity of Chase the Ace was cited as a contributing factor.

As a whole, the amount Nova Scotians spent on gambling has increased by 46 per cent in the last 19 years, rising from $940 million to almost $1.4 billion.

The amount of money spent is up in most categories:

Bingo was the only category to experience a drop in revenues.

The province’s overall cut from gambling revenues has increased 78 per cent over the past 19 years. It now brings in $160 million a year for government coffers, up from $90 million.