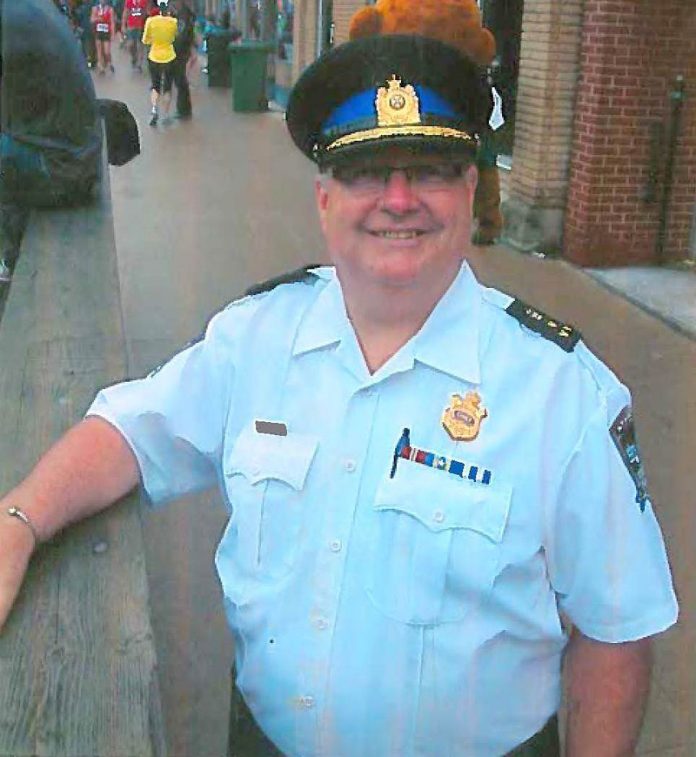 “It has been a great privilege to work with the members of the New Glasgow Regional Police Service and this has been a rewarding experience that I have greatly valued,” says Chisholm.

“I am appreciative to the NGRP Commission and the Town of New Glasgow for their ongoing investment in policing which have enabled our members to be very well equipped and well trained.”

“Chief Chisholm has had a long standing career in policing that has spanned 44 years. He has demonstrated great dedication to our town and other communities that he has served, always placing the safety and security of citizens first and at the forefront of his priorities.”

Dicks, who is also chair of the NGRP Board of Commissioners, added, “We thank Chief Chisholm for his expansive policing contributions and wish him the very best in his retirement.”

“It has been an absolute pleasure to work with Chief Chisholm and his contributions to the Senior Leadership Team for the Town of New Glasgow have been tremendous over the years. He has shown great empathy in dealing with some of the most difficult situations that our community has faced over his time and has received many commendations for his work.”

The retiring chief said, “Policing has been more than a job to me, it has been a big part of my life. It has been a demanding yet extremely rewarding career.”

Chisholm began his career in policing 44 years ago at the Atlantic Police Academy and soon after joined the Regional Municipal Police Force which served the towns of New Glasgow and Trenton for five years. He has remained with the New Glasgow Police Service since that time and advanced through the ranks from constable to detective constable (1985), detective sergeant (1989) deputy chief of operations (2002) and was promoted to chief of police in July of 2007.

Chisholm has held a variety of provincial and federal leadership roles throughout his career. As deputy chief, he served on the Provincial Lockup Committee for two years and assisted in developing policies which have significantly improved standards for local correction facilities. He is long-time member of the Nova Scotia Chiefs of Police Association and was an active participant in the organization’s caucus for chiefs of mid-size police forces.

The retiring police chief has played a key role in establishing an integrated crime unit for Pictou County with four municipal police agencies and the RCMP working collaboratively. He has been key to the investigation of several major criminal cases and worked undercover earlier in his career to track down stolen property and to keep drugs off the streets. He has emphasized the importance of building relationships between youth and police including the Police School resource position and helping establish emergency procedures for teachers and students with the Celtic Family of Schools within the Chignecto-Central Regional School Board. He has been a long-standing volunteer with minor sports teams as well as organizations such as Pictou County Big Brothers Big Sisters and a great supporter of the New Glasgow Regional Police Youth Troop.

Chisholm has also had a vision for diverse policing services that has strengthened partnerships within the community. He has received prestigious awards for his work such as the Queen Elizabeth II Diamond Jubilee Medal, the Holland College Distinguished Alumni Award and the federal Exemplary Police 40 Year Service Medal.

MacNeil commented that he is looking forward to and prepared to meet this new challenge. The incoming acting police chief indicated that he is eager to start working with the NGRP team in his new role as well as working with the New Glasgow and Trenton CAOs, departmental directors, the Board of Police Commissioners and councils and offered appreciation to Chisholm for his stellar commitment towards providing a high standard of policing.