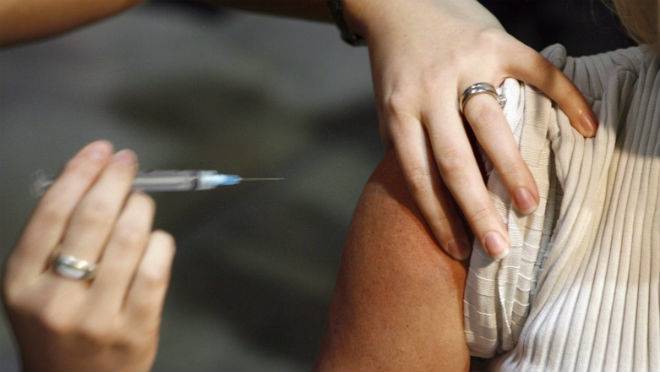 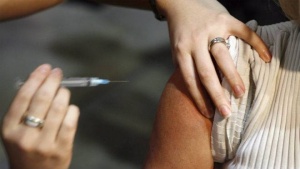 Health Canada has approved a new high-dose flu vaccine for seniors aged 65 and up.

The vaccine is manufactured by Sanofi Pasteur, a Toronto-based company that makes vaccines for a wide range of viruses and infectious diseases.

Fluzone High-Dose has just been approved in Canada, and it’s four times as powerful as the standard influenza vaccine. It’s designed specifically for older seniors, who require a higher dose of the drug to most effectively prevent the flu.

Dr. Janet McElhaney, scientific director for the Advanced Medical Research Institute of Canada, said Fluzone High-Dose is the first vaccine of its kind in Canada. It’s been approved in the United States since 2009.

“It’s the same vaccine formulation we use for influenza every year, but at four times the dose,” McElhaney said in an interview Thursday. “It’s basically a more concentrated vaccine for seniors. As we get older we get a weakened immune system, so it requires a bigger stimulus to get that same boost we need for influenza protection.”

McElhaney said seniors’ health is a priority during flu season, because older folks are more at risk of developing other serious health problems when they’re sick.

“In the clinical trials, this vaccine was shown to be 24 per cent more effective in preventing influenza in older people,” she said. “It also has an impact in terms of preventing pneumonia, and other influenza-related health complications that lead to hospitalization.”

She also said Fluzone High-Dose is an important innovation for all Canadian seniors.

“For seniors, the most important thing is to take the steps that will keep them independent in the community. Their top fear getting older is becoming dependent for care and having to move to a nursing home,” she said. “They get enhanced protection with this vaccine over what is currently available.”

Nova Scotia has one of the largest concentrations of seniors in the country. Dr. Frank Atherton, the province’s deputy chief medical officer of health, said influenza remains a huge problem for older folks.

“Last year was a terribly difficult year for seniors. We had more influenza cases and outbreaks in long-term care facilities than the last 10 years, possibly longer,” he said in an interview Thursday. “We’ve had fewer cases this year, but last season was particularly bad.”

He said the new vaccine could be good for Nova Scotians, but significant long-term evidence on its effectiveness is still lacking.

“There appears to be a slight benefit in terms of the immune response older people get, but there’s very little evidence it actually leads to better health outcomes,” said Atherton. “As with all vaccines, we need to ask questions about how effective it actually is. We know there is some benefit, but we don’t know if it leads to fewer influenza cases, fewer admissions to hospital, and a lower mortality rate.”

Atherton said the province won’t be rolling out Fluzone High-Dose any time soon, but the Department of Health is monitoring it closely.

“We have to look at the cost as well, and we know this will cost between four and six times as much as the traditional flu vaccine,” he said. “If we were to introduce this vaccine, we would need to see significant benefits in terms of fewer influenza cases, fewer hospital visits, and fewer deaths. Those are the health outcomes we’re looking for to see if this is the best way to spend taxpayer dollars in Nova Scotia.”