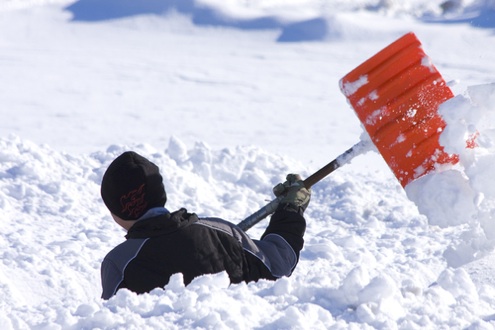 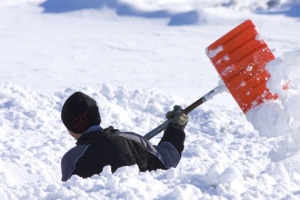 A non-profit organization in Moncton is hoping to create a chain reaction of good deeds and is asking residents to ‘Plow It Forward.’

Jason Surette heads up the non-profit organization Big Hearts Small City. The group is launching a new program to help seniors in their area with snow removal.

“We’re hoping people will go out and help their neighbours that they know has a disability or that’s a senior and just give them a helping hand,” says Surette.

Dave Sherman and Blair Eagles have been doing just that for years on their street.

“Everybody should be helping out their neighbour,” says Eagles. “Margaret behind you in the house, she’s 92. We come over and we make sure her driveway is done.”

“Our neighbour has got a heart condition and I just don’t want to see him having to shovel, he’s an elderly gentleman,” says Sherman.

Surette got the idea from a similar initiative put in place by the United Way in Nova Scotia and with a snow storm hitting the today, it was the perfect time to launch the program.

“Maybe even next year have a phone number set up so a senior or someone on disability could register themselves,” says Surette.

That hotline would allow those willing to help to respond with a shovel.

“We’re the next generation, they paved the way for us. Why not help them out now, especially somebody who can’t help out themselves,” says resident Gerald Robichaud.