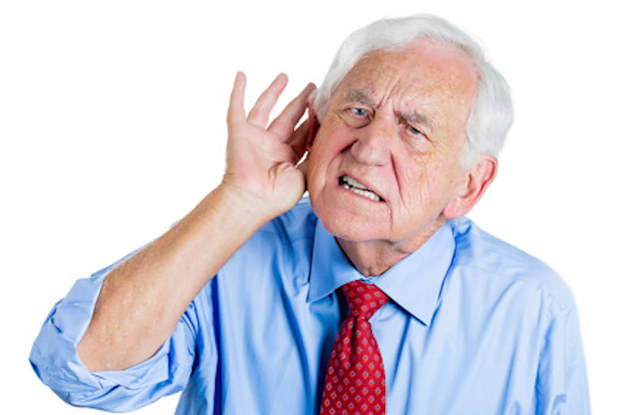 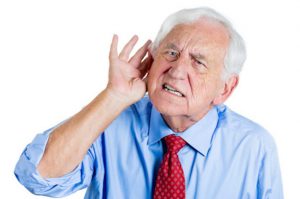 Question: My father is going deaf, but he refuses to wear a hearing aid. Is there any way to make him come to his senses?

Answer: Your father is certainly not alone. Many older adults, especially men, resist treatment for hearing loss. Unfortunately, they may be doing themselves far more harm than just missing out on conversations with family and friends.

A growing body of evidence has linked hearing loss with an elevated risk of dementia, including Alzheimer’s disease.

In 2011, researchers at Johns Hopkins University in Baltimore published a landmark paper in the journal Archives of Neurology.

For their study, they recruited 639 older adults, one-quarter of whom had some hearing loss. When they were initially enrolled, none of the volunteers had dementia. After being followed for 15 years, those with hearing loss were significantly more likely to have gone on to develop the mind-robbing disease.

“When we first saw the results of our study, we actually didn’t quite believe them because the association was so strong,” says Dr. Frank Lin, an associate professor of otolaryngology and epidemiology at Johns Hopkins.

And, in particular, those with the severest hearing loss were at the greatest risk of getting dementia.

In recent years, other research teams have made similar observations, confirming the original findings.

For one thing, the struggle to hear puts a huge extra burden – or cognitive load – on the brain.

“As you lose hearing, you have to work harder and harder to understand sounds, and that takes away resources that your brain could use for other functions such as memory,” says Claude Alain, a senior scientist at Baycrest’s Rotman Research Institute in Toronto.

Hearing impairment may also trigger structural changes in the brain itself. “It could be a case of use it or lose it,” speculates Dr. Sandra Black, a cognitive neurologist at Sunnybrook Health Sciences Centre in Toronto.

She adds that a lack of stimulation may cause key parts of the brain – especially those involved in auditory processing – to literally wither away.

Furthermore, hearing problems often lead to social isolation, which is a well-known risk factor for dementia. “Imagine if you can’t hear a conversation, you’re going to become less engaged and more withdrawn,” Black says. “You stop living life to the fullest.”

All these factors combined might accelerate the onset of dementia.

That possibility, of course, raises an important question. Could the use of hearing aids, and other measures to boost auditory perception, help prevent dementia – or at least slow its advance?

Right now, scientists can’t say for sure. But Lin, and his American research colleagues, have obtained $16-million (U.S.) in funding from the National Institutes of Health to do a definitive study.

They plan to recruit 850 volunteers, aged 70 to 84, with mild to moderate hearing loss. Half of them will be equipped with hearing aids. The balance will be given a course on healthy aging. After five years, the two groups will be compared to see if one of them shows more resistance to dementia.

Meanwhile, numerous research teams are looking at other strategies to reinforce the brain’s ability to process sound. For instance, some are investigating whether music lessons or joining a choir could help fine-tune people’s hearing. “These are good exercises to train the listening brain,” Alain says.

The medical community has a lot of hope riding on these research studies. After all, hearing loss is extremely common and so is dementia. About one-quarter of people over 50 years of age have some degree of hearing loss. Over the age of 70, that figure climbs to two-thirds.

Age-related hearing loss usually happens at a fairly gradual pace. Yet few bother to get their hearing tested even as they find it increasingly difficult to discern speech in restaurants, social gatherings and other noisy places, Alain says.

In contrast, he adds, most people willingly don eyeglasses or contact lenses as soon as their vision becomes the least bit blurry.

For some inexplicable reason, there is a stigma attached to hearing aids. That’s a shame, because they could be real mind savers.

Indeed, that’s something you could tell your father that may make him receptive to using one.

Paul Taylor is a patient navigation advisor at Sunnybrook Health Sciences Centre. He is a former health editor of The Globe and Mail. You can find him on Twitter @epaultaylor and online at Sunnybrook’s Your Health Matters.