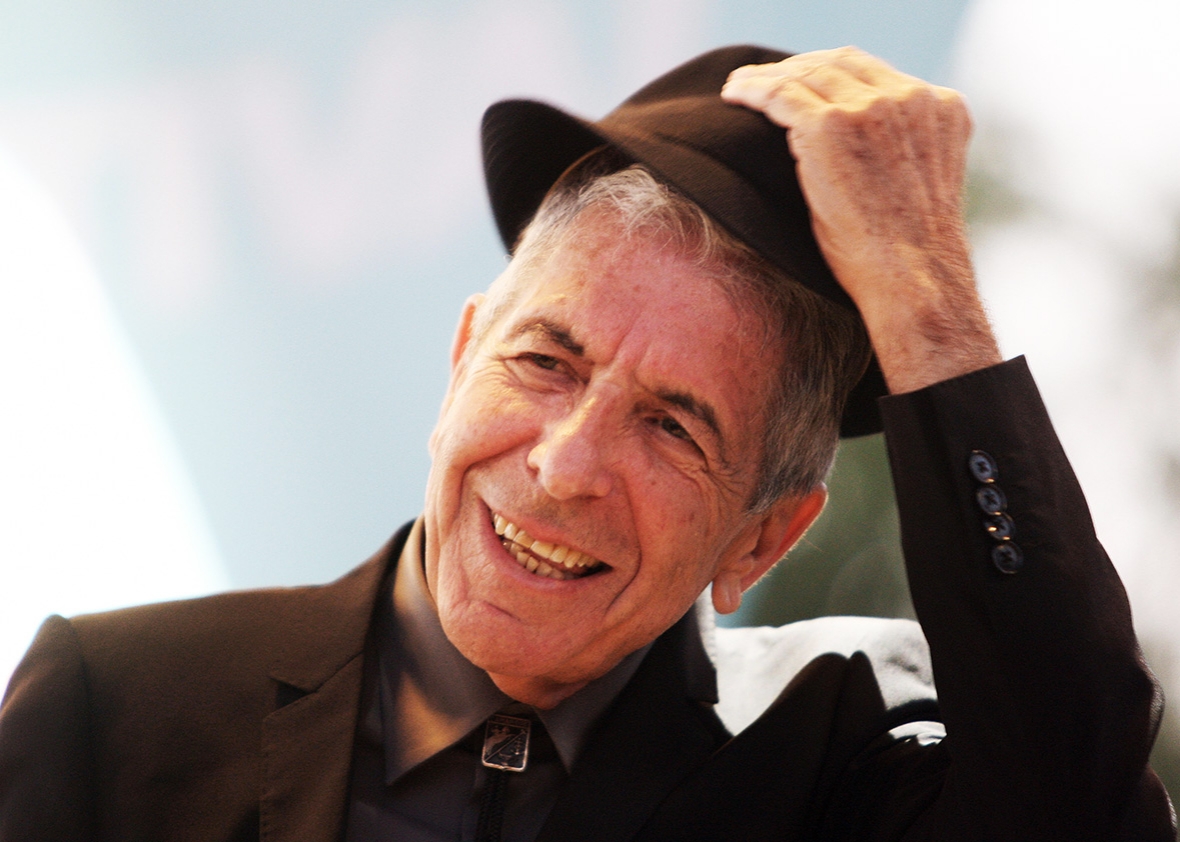 Leonard Cohen seemed to be at peace with the idea of his own mortality, and he wished only that death not be too “uncomfortable.” Cohen last week, and we can hope it was painless.

But the actual cause of his death was not simple old age. As his manager announced on Wednesday, he died following a fall.

And as our population continues to live longer and longer, falls are becoming the great plague of the modern era. They are the leading cause of accidental death in the elderly, and the incidence has increased steadily over the past decade. And, usually, they are not an easy way to go—many cause prolonged discomfort.

Still, we don’t think of falls as being that serious. Consider the following two scenarios. In the first, you learn that your mother has just been diagnosed with cancer. Regardless of its stage, this news is likely to be met with tremendous distress by both patients and their families. People spring into action. Treatment plans are made. Financial houses are put in order. Wills are written. Advanced-care directives are considered. Old grudges are forgiven. In the second scenario, you are told that your mother has been admitted to the hospital after a fall. Obviously, you are worried. But, you may think, at least she’s not dying or anything.

All too often, this is the wrong reaction. The one-year mortality for patients who are admitted to the hospital after a fall is a staggering 33 percent. A fall bad enough to warrant hospital admission can carry as poor a prognosis as some stage IV cancers that have metastasized to the lungs and brain. Of course, the people who are hospitalized after a fall are much more likely to have a higher mortality rate anyway. (They’re going to be older, and have more comorbid medical conditions, but falls still pose a bigger risk than other conditions.) By comparison, the one-year mortality for older patients admitted to the hospital for pneumonia hovers around 21 percent

Sure, heart and lung disease and cancer are statistically more likely to kill you. If you live long enough, these most certainly will catch up with you, though often after a long, slow, and steady decline. In fact, by the time we get to be the age at which falls are risky, the other things will likely already have done much of the damage they’re going to do. Most middle-age and older people likely already have heart disease that poses little immediate threat to them. In one study, 73 percent of subjects who died from noncardiac causes (and who had no prior symptoms of cardiac disease) were found to have significant coronary artery disease on autopsy. Their clogged arteries didn’t contribute to their deaths. Most of us effortlessly live with some degree of age-related heart disease and for a great many of us, it poses no unusual risk.

But when it comes to ruining a life overnight, there’s nothing like a bad fall. Nothing takes a perfectly healthy functioning older person and renders them immediately, and often irrevocably, miserable and incapacitated like a serious fall. (Well, maybe car accidents—but statistically, more older people are going to suffer from falls than car accidents. In fact, it’s not even close.) Falls not only pose a higher risk of death, they’re also immediately and catastrophically debilitating. If I were 80, I’d pick certain cancers or heart disease over a significant fall in a heartbeWhy are falls so dangerous? There are short- and long-term risks. In the short term, falls that involve trauma to the head can cause life-threatening intracranial bleeding. Broken bones have their own risk, including lung embolisms in which tiny fragments of broken bone make their way into our circulation and reach the lung, causing impressive and often life-threatening damage. But falls that cause broken hips and legs can cause death and disability even well after the acute phase. Blood clots to the lung are more likely in the months after surgery or prolonged periods of immobilization. People who become more sedentary are more likely to develop a host of other problems, including heart and lung disease.

What can predict a person’s risk of suffering a fall? In medical school, we learned the “get up and go” test. The idea was simple: A seated patient is asked to stand up, remain still briefly, walk a few feet, turn around, and return to the initial seated position. If any part of a patient’s performance was deemed mildly abnormal, the patient is assumed to be a “fall risk.” Unfortunately, while it remains the mainstay for fall-risk assessment, it turns out that the “get up and go test” actually performs relatively poorly in predicting falls. This means your own doctor may not be adequately evaluating your (or your relative’s) risk. So, you need to.

What should you look for? Depression. This alone is associated with a 2.5 times to sevenfold risk of a future fall. That’s more than using a cane, prior strokes, diabetes, or irregular heartbeat. And the most powerful prognostic information on fall comes from a careful assessment of the foot. Foot health, much like dental hygiene, provides tremendous insight into a person’s functional status and access to healthcare. The presence of nonhealing wounds imparts significant fall risk. But the biggest predictor of those who are leastlikely to fall is simply the ability to cut one’s own toenails. Even previous falls or near falls are less predictive.

What can you do to prevent falls? First, address any risks you may have. You may not need a cardiologist or an oncologist yet, but if you’re depressed, you need a psychologist or a psychiatrist. And if your feet are not in pristine health, find a podiatrist.

You can also limit your risks by modifying your own environment and behavior. This hasn’t been empirically tested, but in my opinion, the most important thing an elderly person can do to protect themselves from the worst outcomes from a fall is to carpet their home. We often think about babyproofing the home. But geriatric-proofing them is not a bad idea either. Additionally, as we age, it is important that we realize our limitations. The older we get, the more we get up at night to use the restroom. This may sound silly, but turn on the lights. Your spouse may grumble, but it’s worth it so you don’t trip and fall. This happens all the time. Get up slowly, especially in the morning when you haven’t had anything to eat or drink in many hours. (Dehydration-related falls and even loss of consciousness are common in emergency departments.) Committed to staying in shape by taking the stairs? Fine, but try to only go up the stairs. Taking the stairs downward provides little exercise, and the momentum of a fall is far worse.

It’s only relatively recently that we have been living long enough for falls to pose such a risk. We ignore the risk they pose at our own peril. Cohen may have been ready to die. But for the rest of us who expect to have not just longevity but functional longevity, it’s one foot in front of the other.

Jeremy Samuel Faust, M.D., M.S., M.A., is an emergency medicine physician at Brigham and Women’s Hospital in Boston and a clinical instructor at Harvard Medical School.