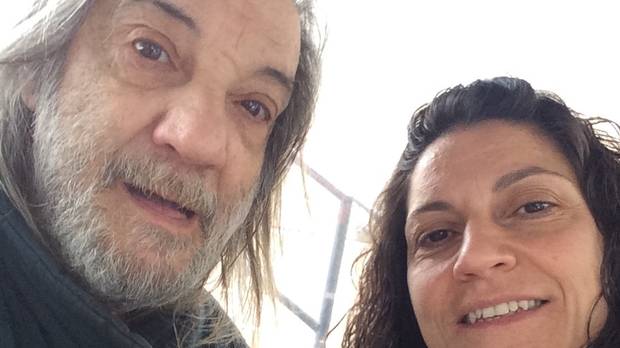 Before he wandered off on a frigid day last spring, Casto Filazzola was a creature of habit who spent most of his time chain-smoking and napping.

But for several months, the 75-year-old had been asking to go to his parents’ former cottage. His mother and father needed him, he would say, unable to comprehend that they have been dead for years and that the home has long been sold.

After breakfast on April 3, Mr. Filazzola borrowed some money from a fellow resident of his supportive housing facility in Toronto, made his way to the bus terminal and bought a ticket. He had no winter coat, medication or ability to fend for himself.

His absence sparked a frantic search and public appeal for help – one his daughter feared was pointless. “I kind of felt like it was hopeless. … You always see people pleading for their family and very rarely do you hear good news after,” Rosanna Filazzola said.

As the population ages, the number of people diagnosed with dementia is soaring and many – more than half, according to one estimate – will eventually wander off, presenting police with a unique set of challenges. Last year alone, Toronto police received 835 reports of missing people aged 61 and older, the highest number in the past five years. This week, federal Health Minister Jane Philpott supported calls for a national dementia strategy.

The stakes are high: If a missing dementia patient isn’t found within 12 hours, he or she faces a 50-per-cent chance of injury or death, according to the Alzheimer Society of Canada. “People can come to real harm in a very short period of time,” said Mary Schulz, the organization’s director of education.

Among the grim statistics is Helen Robertson, a 79-year-old with Alzheimer’s who hasn’t been seen since she left her Burlington home to go for a walk on July 5. Despite an extensive search, there have been no confirmed sightings, her bank account hasn’t been touched and there is no evidence of foul play.

“I honestly can’t think of a scenario easily where Helen would be found alive at this point, but I am resigned to do everything I can do and I am open to any possibility,” Detective Joe Barr of Halton Regional Police said.

The incident was not the first time the avid walker had wandered away. In February, 2015, Ms. Robertson travelled from her Burlington health club to the western part of Mississauga, a 25-kilometre journey. A security guard found her and helped her get home.

People with dementia, of which Alzheimer’s disease is the most common cause in seniors, have cognitive impairments that prevent them from recognizing familiar signposts in their environment, causing them to easily become lost – even on their own street. Sufferers also lose their peripheral vision, causing their eyesight to tunnel.

“They’re very slow, they’re very methodical and, depending on where they’re trying to go, they’ll push and push and push through the thickest wood,” said Sergeant Bobby Sandford, Toronto Police’s missing person’s search co-ordinator. “They don’t have the ability to retrace their steps or to analyze why they can’t get through there.”

During a training course, Sgt. Sandford recalls learning about a Southern Ontario woman who got lost on the way to the same tea house she visited every morning to meet up with friends. One day, the sidewalk outside her home was blocked by construction and, instead of going around the obstacle, she stepped onto the street and became disoriented. She ended up walking through town, into the countryside and straight into a manure pile. She was found and was fine.

“She was functioning well until something changed in her life that she couldn’t process,” Sgt. Sandford said. “So there’s really no way to say, ‘Okay, it’s getting worse and tomorrow they’re going to wander.’”

Searching for people suffering from dementia or other conditions affecting their cognitive abilities is especially challenging. Unlike with a missing child, they often don’t comprehend that they are lost and won’t ask for help or respond to someone calling their name. They also sometimes take shelter in out-of-the-way places and, in tragic cases, have been found dead just metres from their homes.

While every situation is unique, police try to focus on the missing person’s point of exit and imagine their path of travel, said Sgt. Sandford, who teaches search techniques to police officers. People with dementia typically walk in straight lines, even through difficult terrain. When they encounter obstacles, they often “ping,” or bounce, off them, he said, creating a new direction of travel.

He urges officers to first check hazardous areas, such as bodies of water, and then focus on other locations.

When someone with dementia goes missing, police urge caregivers to call police immediately. Sgt. Sandford says he treats a missing dementia sufferer as akin to a lost two-year-old; both are extremely vulnerable and unable to take care of themselves.

It is also critical for police to understand the state of mind of dementia patients, he said. If they have regressed back to their childhood, there is a strong chance they may have headed to important locations from that era.

After learning their father had gone missing, Rosanna and Anita Filazzola combed the streets near John Gibson House, his west-end Toronto housing facility for seniors with mental illnesses, worried that he might have fallen and been covered by fresh snow. Fearing the worst, Rosanna pulled out his funeral arrangements.

It was only when a detective asked for his former addresses that Rosanna, a 50-year-old massage therapist, thought about the cottage on Georgian Bay, which he helped build as a young man.

She doubted her father, who was once a talented painter but has struggled since being diagnosed with schizophrenia at the age of 27, could find his way up there by himself. But he did, borrowing money for a bus and taxi and providing the driver with the correct road name.

Three days after Mr. Filazzola went missing, an Ontario Provincial Police officer found him shivering, severely dehydrated and with a low heart rate in a drafty porch in a cottage beside his parents’ former place. He was 150 km from home, wasn’t wearing a jacket or shoes and almost lost a foot to frostbite. He hadn’t had anything to eat or drink or taken his medication and ended up spending a week in hospital.

After his initial hospital stay, Mr. Filazzola was transferred to the Centre for Addiction and Mental Health, where he remained for about two months.

But just a couple of weeks after he returned to John Gibson House in June, he wandered off again and got on a city bus. This time, however, he was wearing a GPS tracking device and a staff member followed him and called police. He had been talking about going back to one of his former homes to fix up the basement, saying his ex-wife was waiting for him.

Since that incident, Mr. Filazzola has been back at CAMH. His doctor, who isn’t sure whether he has dementia or whether his symptoms are a manifestation of schizophrenia in the elderly, has changed his medication, and he seems more talkative and engaged.

But it is unclear where he will go once he is released from CAMH. Rosanna is trying to find him a spot in a long-term care home, but the waiting lists are long. He might have to return to John Gibson House, “which is kind of a risk” given his tendency to wander, she says.

Despite his near-death ordeal in the spring, Mr. Filazzola, who has five children, 15 grandchildren and four great-grandchildren, kept talking about going to his parents’ cottage until a couple of months ago.

“I had to kind of firmly say to him, ‘Dad, we’re not going back there. Grandpa and Grandma, they don’t live there any more. In fact, they’re not alive any more,’” Ms. Filazzola said. “To which he replied: ‘Well, why didn’t anybody tell me this?’ … So I think he’s over it. We’ll see.”

What one police force tried

Caregivers sometimes look to tracking devices – including bracelets, watches and even insoles – to keep tabs on loved ones prone to wandering off and getting lost.

Halton Regional Police ran a pilot project to examine the potential of wearable locators in 2014-15.

Ten vulnerable people – mostly seniors with dementia as well as an autistic child – were given a watch with a GPS locator to wear for a year. Caregivers were asked to ensure their family members wore the watches, to charge the batteries daily and to note when the devices were used.

Caregivers used geo-fencing software that allowed them to establish a radius around their home and generate automatic alerts when their loved one ventured outside the boundaries. They could also go online and track the person’s movements.

In the year the program lasted, none of the families requested police assistance to find their loved ones. One reason is that the software permitted them to pinpoint the person’s location themselves, meaning that they didn’t view them as missing, said Detective Constable Nadine Clarke, who focuses on seniors’ issues.

“It was kind of that peace-of-mind reassurance that they hadn’t wandered and they hadn’t gone, or that they always knew where they were so they didn’t have to utilize police to go search for them,” she said.

Halton Police did not continue the project, partly because wearable trackers are always changing and improving, Det. Constable Clarke said.

Police and advocates for people with dementia warn that such devices have limitations. At their most basic level, they need to be worn, which some people have trouble doing. Other gadgets need to be charged daily, meaning that someone else must assume responsibility for battery life. Some don’t work well in rural areas while others can’t get a signal amid skyscrapers. And experts warn that devices that require dementia patients to actively use them – such as cellphones – are basically useless.

The Alzheimer Society of Canada doesn’t recommend any specific device, instead urging that people with dementia wear a special MedicAlert bracelet with an emergency hotline and identification number engraved on the back so someone who encounters them can reconnect them with their families.

What families can do

Many families worry that a nursing home is the only safe option for people with dementia who have a tendency to wander off and get lost.

But Mary Schulz, director of education for the Alzheimer Society of Canada, says there are often other ways to lower the risk. “It’s more about managing the behaviour rather than trying to actually stop the behaviour,” she said.

Ms. Schulz recommends ensuring people with dementia get enough exercise during the day and don’t nap so much that they have trouble sleeping at night, when many tend to get up and wander off. She also recommends hiding their shoes, putting difficult-to-open bolts high or low on doors or even camouflaging doorways with a curtain so the person doesn’t notice them. Other options include bells and home alarms.

“The lack of problem-solving ability can actually work in your favour because that could buy you time to at least keep the person safe in the house,” she said.

It is difficult to predict which dementia sufferers will wander off, though a U.S. Alzheimer group puts the figure at more than 60 per cent.

“If this has happened, it will happen again, and it’s not something that you should just sort of say, ‘Phew, we dodged that bullet, aren’t we lucky?’” Ms. Schulz said. “It also is an indication that the person is really becoming impaired.”

She recommends paying attention to warning signs, such as when people with dementia head out on short errands but arrive home several hours later looking exhausted and unable to account for their time.