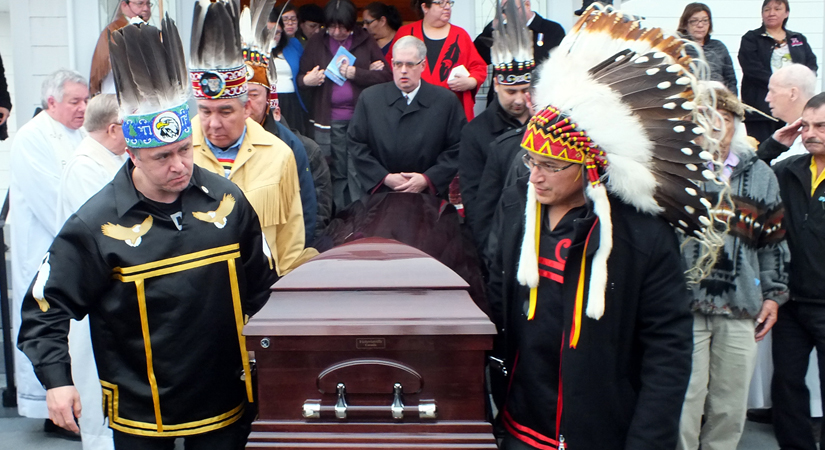 John Gillis
The Inverness Oran
Grand Chief Ben Sylliboy was remembered as a kind, humble, and caring leader at his funeral held last Saturday afternoon in his home village of We’koqma’q First Nation.