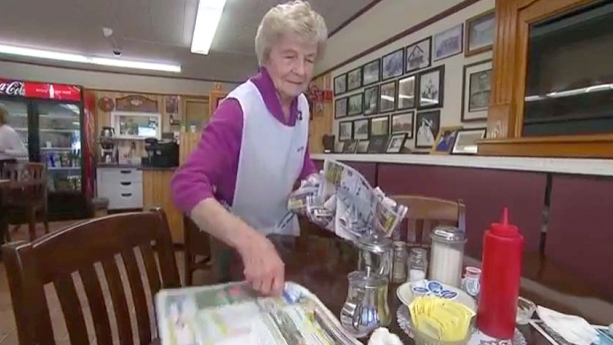 As the biggest demographic wave in Canada’s history reaches retirement age, the province of Nova Scotia believes it knows how to weather the looming economic storm: encourage baby boomers to work longer.

“Likely our workforce participation overall will go down as more people retire than are joining the workforce,” says Simon D’Entremont, deputy minister of Nova Scotia’s department of seniors. “But, we’re also looking at opportunities created by an aging demographic.”

Nova Scotia is the first government in the country to set up a department devoted entirely to seniors, a one-stop shop for all issues that relate to the province’s aging population.

“Right now in Nova Scotia, 19 per cent of our population is over 65. By 2040 that will grow to 30 per cent. More and more, all of our policies and programs will need to have a ‘seniors lens’ applied to them.”

Statistics Canada says by 2030, the year in which the youngest baby boomers will reach 65, close to one in four people in Canada will be that age or older. That compares to 15.3 per cent in 2013.

Nova Scotia and New Brunswick share the honour of having the oldest populations in the country. And the dramatic greying of their citizenry could spell trouble for Maritime economies. 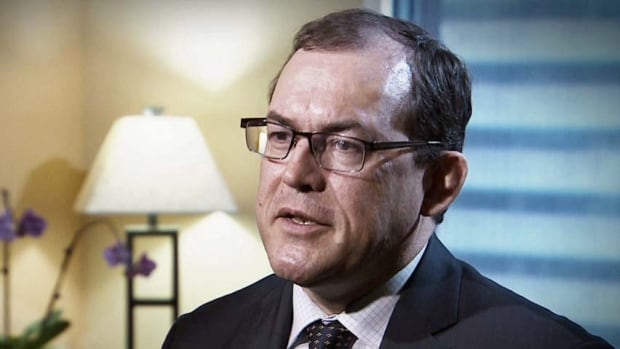 Simon D’Entremont, deputy minister of Nova Scotia’s department of seniors, says the province is encouraging people to work past age 65 because more people could be be entering retirement than those joining the workforce. (CBC)

Data released this week by the Conference Board of Canada projects that the exodus of retirees from the workforce will slow Canada’s economic growth to an annualized rate of 1.7 per cent in the years between 2019 and 2021. That compares to a rate averaging 2.8 per cent between 2000 and 2008.

But Nova Scotia isn’t waiting for the “demographic tsunami” to hit. Provincial statistics suggest seniors are increasingly opting to delay retirement: one in four Nova Scotians between the age of 65 and 69 still work. The government is keen to convince even more seniors there’s no need to head off to a life of leisure when you can stay employed and collect a paycheque.

Helping seniors stay in the workforce

Last week, the provincial government announced a 50-point action plan aimed at keeping older Nova Scotians involved in their communities and keeping more of them in the workforce.

“I think we need to create the winning conditions for people to continue to work, including for economic reasons, as opposed to [just] fulfilment reasons,” says D’Entremont.

They won’t have to convince Sheila Hoeg of New Glasgow. The 70-year-old is the co-ordinator of volunteers for Pictou County’s Victoria Order of Nurses, a job she hopes to have for many more years.

‘I have no plans for retirement. That’s the truth. I want to stay in my home. I’d like to die in my home.’ -Sheila Hoeg, age 70

Hoeg started her job in her mid-50s, with plans to retire in her early 60s. But, soon after she began work, her husband Charlie died of a heart attack while on a golf trip. Work became not just a pleasure but a necessity; she couldn’t afford to keep her house otherwise.

“I have no plans for retirement. That’s the truth,” says Hoeg. “I want to stay in my home. I’d like to die in my home.”

Hoeg has a supportive employer, but that’s not always the case. One of the biggest obstacles to retaining older workers is the attitude of companies, says D’Entremont.

“There are ageist myths out there in the workplace around people’s productivity and around the amount of health-care resources [older workers] will consume. But there’s also lots of evidence to show that older workers are productive, take training well and [not only] aren’t averse to change but also have lower absenteeism and lower turnover.”

For some seniors, part-time work is a way to keep busy. Eighty-five year old Barb Barkhouse works a couple days a week as a waitress at Barb’s Family Diner, her daughter’s restaurant in Westville, N.S. She also bakes many of the restaurant’s desserts. She worked on her husband’s lobster fishing boat until she was 74, but after he died, she went to work in the diner.

“I couldn’t think about sitting around doing nothing. I mean really, I couldn’t,” she says.

No plans to retire

Three years ago, Emberley left his job as the head of a successful marketing communications company to form an online employment site called Boomerswork.com. He describes the venture as “eHarmony for employers — because it’s fundamentally a matchmaking concept.”

The company maintains a database of baby boomers who have retired from lengthy professional careers and connects them with companies that need short-term help at senior management levels. 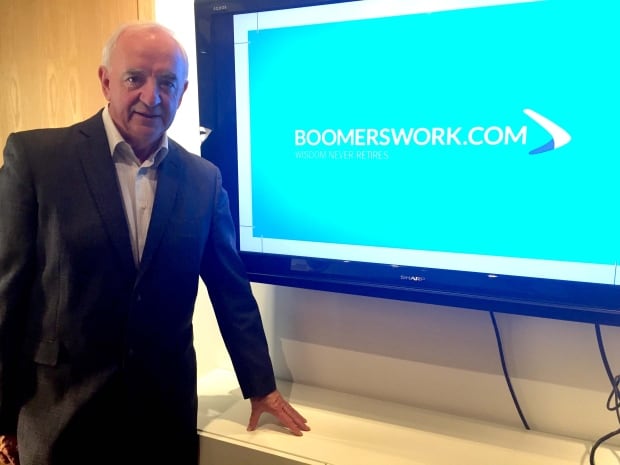 Emberley describes himself as a member of the “gear-shifting generation”: baby boomers who no longer see retirement as a day in their life, but rather as a chance to redefine the way they work.

“It’s no longer about having to do things,” he says. “It’s more about wanting to do certain things.”

Boomerswork.com has been so successful, there are plans underway to open up a new branch in the Toronto region. Emberley says the majority of his friends and colleagues have no intention of quitting work completely when they reach 65.

“I think the real skill here is to figure out how you keep these people engaged, maybe way beyond 67, so that their economic contribution far exceeds any savings you might make from the Canada Pension Plan.”

There is a common perception that when older workers hang onto their jobs, it prevents young workers from getting into the labour force. It’s such a widespread belief, economists have given it a name.

“It’s called the ‘lump of labour fallacy,'” says Nova Scotia’s Simon D’Entremont. “That implies there’s a fixed number of jobs in the economy and if you give a job to someone, you take it away from someone else.”

However, economists suggest that, at a macroeconomic level, the labour force needs workers of all ages to meet demand.

Some also question why the age of 65 should be considered the traditional retirement age. It was German Chancellor Otto Von Bismarck, back in 1889, who is credited with creating social security system that set the age of retirement at 70; it was later reduced to 65. At that time, the average German worker died before becoming eligible to retire, so it cost the government little.

Over a century later, the retirement age of 65 remains, but life expectancy has increased dramatically.

“If you told me 20 or 30 years ago that I should retire at 65 and my life expectancy was 70, that didn’t sound like a bad idea” says Emberley. “But now if you tell me that and I’m looking at 20 years [of retirement], it creates a different context in my mind.”

Like Hoeg, Emberley has no plans to retire. Ever. While he’s on the subject, he also has a request: Don’t call him a senior.

“The only time I enjoy the use of the word ‘senior’ now is when it leads to a discount at the store.”​