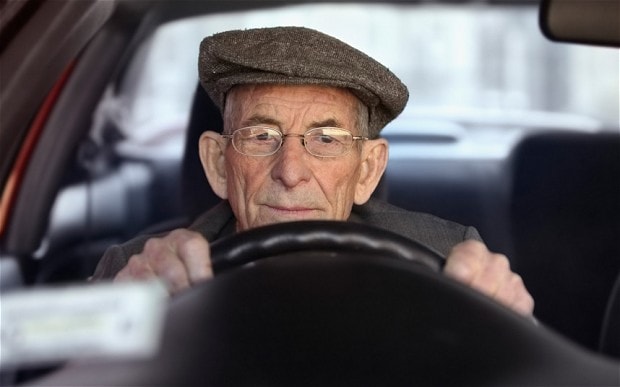 One of the biggest shocks for someone with dementia comes the day a doctor says, “I’m sorry, but you can’t drive any more.”

For older adults who depend on their cars to get around, it’s the equivalent of banning a millennial from using a smartphone ever again. Driving is a ticket to freedom, a privilege of adulthood few expect to give up.

But those with Alzheimer’s disease may have no choice. As it progresses, dementia impairs not only memory, but also reaction time, judgment and the ability to multitask, such as checking a blind spot while paying attention to what’s ahead.

The evidence is clear: People with moderate to severe dementia should not be behind the wheel.

The loss of driving privileges might come as less of a shock if Canadians had greater awareness that cognitive changes can affect road safety, says Dr. Gary Naglie, chief of medicine at Baycrest Geriatric Health Care Centre in Toronto, and a co-investigator in CanDrive, a multiyear research project focusing on driving fitness in older adults.

“It astounds me that most of my patients have no clue that there’s any relationship between driving and dementia.”

An estimated 564,000 Canadians have some form of dementia, according to the Alzheimer Society of Canada. Within 15 years, that number is projected to rise to 937,000.

Yet, public education and transportation programs for seniors who can no longer drive have not kept pace with the surge in Alzheimer’s disease and other dementias.

Physicians, health authorities, caregivers and older adults need to co-ordinate their efforts to prepare for this reality, Naglie says. Here are five ways:

Getting the message across

Canada could use more public-health campaigns along the lines of a 2010 television commercial called “Not if but when,” Naglie says.

The spot, now on YouTube, shows an elderly man at the wheel as he narrowly misses a couple of pedestrians. His wife in the passenger seat gives him a concerned look, but says nothing, even after he swerves past an oncoming truck.

Next, he fails to notice a girl on a bicycle about to ride in front. The picture fades with screeching brakes and a voice-over that says, “When it comes to dementia and driving, accidents will happen. It’s not if, but when.”

The footage highlights the role of caregivers in preventing dementia-related accidents, notes Dalhousie University’s Geriatric Medicine Research Unit, which produced the spot. But it also underlines the reality that with Alzheimer’s disease, driving cessation is a matter of time. “People need to hear that message,” Naglie says.

Physicians can help patients plan for how they would cope without a driver’s license by discussing the possibility well in advance, “before people develop cognitive impairments.”

In the early stages of cognitive impairment, patients should start planning for their eventual retirement from driving, according to the Driving and Dementia Toolkit, available online from the Regional Geriatric Program of Eastern Ontario.

Limiting one’s driving to short trips to the grocery store, gym or church is not enough to reduce the potential safety risk, since most accidents occur in streets and parking lots close to home.

The guide lists warning signs of dementia-related driving impairment, such as frequently getting lost while driving, forgetting where one is going, or mixing up the brake and gas pedals.

Since people with dementia are often unaware of these changes, it may be up to others around them to point them out.

In most provinces, physicians are legally required to flag patients with medical conditions, including dementia, that may increase the risk of a vehicle collision (except in Quebec, Alberta and Nova Scotia, where reporting is at the doctor’s discretion).

But unsafe drivers may fall through the cracks if they refuse to see a doctor, or if family members don’t notice the warning signs.

In a 2009 survey, 28 per cent of Canadians 65 and older with a diagnosis of Alzheimer’s disease or other dementia had a valid driver’s license. Of that group of 20,000 adults, 14,600 had driven in the previous month.

Milder cognitive impairments do not necessarily interfere with driving, depending on which aspects of mental functioning are affected, Naglie says.

But patients should undergo cognitive evaluations, which may include road testing, to confirm they are fit to drive.

Even if the patient gets a green light, he or she should be prepared for follow-up evaluations every six to 12 months, he says, since dementia can lead to rapid cognitive changes.

Health-care professionals and family members should be aware that the loss of a driver’s license has a “tremendous emotional aspect,” Naglie says. Driving is a symbol of autonomy, a connection to one’s youth.

For adults who have been on the road for six or seven decades, driving cessation can feel like “a loss of self.”

Naglie describes it as a major life transition, similar to widowhood or moving into a nursing home. Physicians should discuss the transition with genuine empathy, he says, adding that some patients may need support from a psychologist or social worker to cope with the loss.

Without an alternative transportation plan, older adults who can no longer drive are at high risk of social isolation, depression, decreased mental and physical functioning and earlier death, research has shown.

Family members, health-care providers and social workers may need to join forces to come up with a comprehensive plan that meets the person’s transportation needs.

Driving someone to a doctor’s appointment isn’t enough. Older adults need access to social events, fitness clubs, entertainment centres and other activities that were part of their lives before they stopped driving, Naglie says.

A good plan draws from a range of sources – buses, taxis, volunteers from church, friends willing to lend a hand. “You don’t want to create a single burden for a child or spouse,” Naglie says.

He adds that Canada needs to get more creative about helping seniors stay mobile. Models to follow might include the Independent Transportation Network, an American non-profit organization that arranges rides for older adults in two-dozen U.S. communities. Seniors open accounts to pay for rides that include personal door-to-door service, at a lower cost than cab fare.

The network relies on volunteer drivers, who provide their own vehicles and go through background checks. Volunteers earn 30 cents a mile to cover expenses, but they also build up “ride credits” for every mile they drive. These credits can be transferred to older family members living in different cities, or accumulated for the driver’s own use down the road.

Planning ahead – way ahead

No one expects to get Alzheimer’s disease. But by the ages of 75 to 84, more than 10 per cent will have some form of dementia. After 85, the rate increases to more than a third.

Adults in midlife can save themselves and their families future grief by planning for the possibility.

Older adults could ask themselves how they would get to the grocery store, pharmacy, swimming pool or a friend’s house without a driver’s license.

When retirees choose to live in car-oriented communities, it can curb the amount of time they can live independently, geriatricians point out.

Another way to make peace with possible driving cessation is to write an advance directive to give to family members and a physician. The Driving and Dementia Toolkit offers a sample “letter of agreement” expressing the wish that family members take necessary steps to prevent the letter writer from driving – such as using a club to lock the steering wheel – if he or she is deemed unfit to drive.

Older adults can always hope they’ll be among the lucky ones who can drive safely until the day they die (peacefully, in their sleep).

But there’s no harm in planning for the reality that dementia and driving don’t mix.