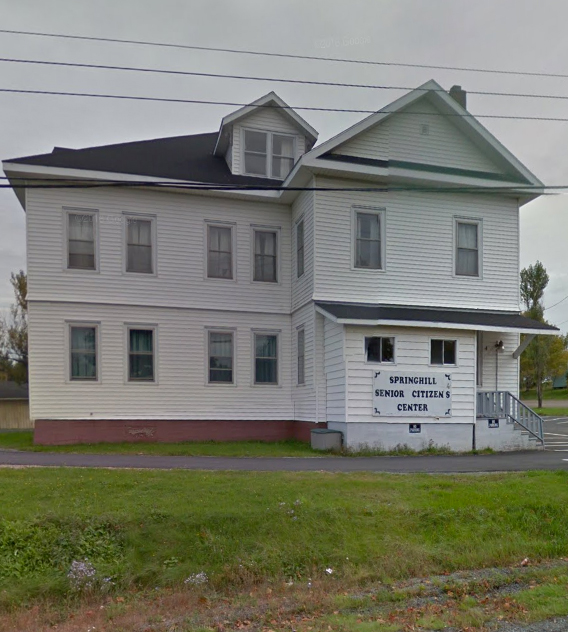 The first of four annual meetings of the Seniors’ Council and Clubs in Cumberland County was held on March 15 in Springhill at their Senior Citizens Recreation Centre.

This Club is one of the over 100 Senior Clubs in Nova Scotia under the direction of the Department of Seniors and Seniors Secretariat, and a member of the Federation of Senior Citizens and Pensioners of Nova Scotia, which presents annually items of senior concerns to the government.
Several of the concerns have been legislated by the Nova Scotia government over the years: free entry into provincial parks, property tax rebate, spouse’s allowance, uniform rates for nursing homes, de-indexing pensions, senior driving training, housing improvements, senior fitness programs, reduced bus fares, and medicare. Those are some of the reasons that council meetings with senior clubs are so important.
The Springhill Recreation Centre in service for over 40 years was once the Springhill Miners Office. The first floor has a spacious meeting room with stage, a large dining room and a kitchen. The second floor is used for quilting sessions.
Upon entering the meeting room equipped with tables and seating, members see the decorations for St. Patrick’s Day done by Nellie Gilroy, Helen Thompson and Bob Clark who also decorate the hall in accordance to important celebration of the season. On the stage there are photos of the Governor General of Canada, Queen Elizabeth and other small photos of Springhill. Wall decorations include trophies, lists of past executives, a large bulletin board, a picture of the Lord’s Supper, other photos, and a special Cherokee prayer: “O Great Spirit help me always to speak the truth quietly, to listen with an open mind when others speak, and to remember the peace that may be found in silence.”
The hosts – Springhill executive President Brenda Rushton, Secretary Ethel Gilbert and Treasurer Verna Clark – welcomed us and introduced the entertainment: Knoblay Clark (vocals, guitar and harmonica) and Betty Curry (piano).
Knoblay Clark was born in Newfoundland, came to Nova Scotia at an early age, and lived in Antigonish, Bridgewater and Amherst. He spent 21 years in the Navy. He plays socially under the music name Knoblay Clark and few people know his real name. Betty Curry is currently secretary for the Council, and in the past has contributed greatly to Wentworth and Cumberland County as a school teacher, Wentworth church organist for 71 years (played music from an early age), President of Wentworth United Church Women, Chair of the Wentworth Recreation Centre executive, organizer of the monthly Wentworth Sunday Music Afternoon and is a well-known pianist for groups playing Down East style old-time music. Often the entertainers at council meetings are seniors who contribute to their communities.
Clark and Curry played folk-style music in a pleasant and melodic rhythm, with several Newfoundland songs and received much applause. Then at noon a tasty lunch was served featuring ham, spaghetti, salads, beans, pickles, relishes, tea and coffee.
At 1 p.m. the business meeting of council began with the executive President Arnold Smith, Secretary Betty Curry, and Treasurer Brenda Rushton. Important points of business contained the following.
1. Council election of officers for 2018 in November;
2. Federation’s Convention in Truro on May 2 and May 3, located at the Best Western Glengarry Hotel for voting delegates and friends of all the senior clubs in Nova Scotia
3. Ethel Gilbert and Brenda Rushton were appointed council representatives at the Federation’s Convention;
4. Summer Picnic to be held in Wentworth on Wednesday, August 9, 1:30 p.m. at the Wentworth Recreation Centre;
5. Next Council meeting on Wednesday, May 17, at Northport (Shiminicas) 11 a.m. to 3 p.m.
6. Discussion about the funding shortage for the Cumberland County Public Library system with headquarters in Amherst and it was suggested each club write a letter of concern or voice their concern to their MLA;
7. Club activities: three clubs responded and all three shared theses activities since the last meeting: Christmas celebrations; New year’s parties; card parties of Auction 45’s; potluck suppers; music afternoons. Extra with Springhill: a 45th anniversary as a club and a trip to the sugar woods. Recent deceased members: Eunice White and Darrell Spence.
The meeting was adjourned and we look forward to May when there are the Federation’s Convention in Truro and another Council meeting in Northport (Shinimicas).