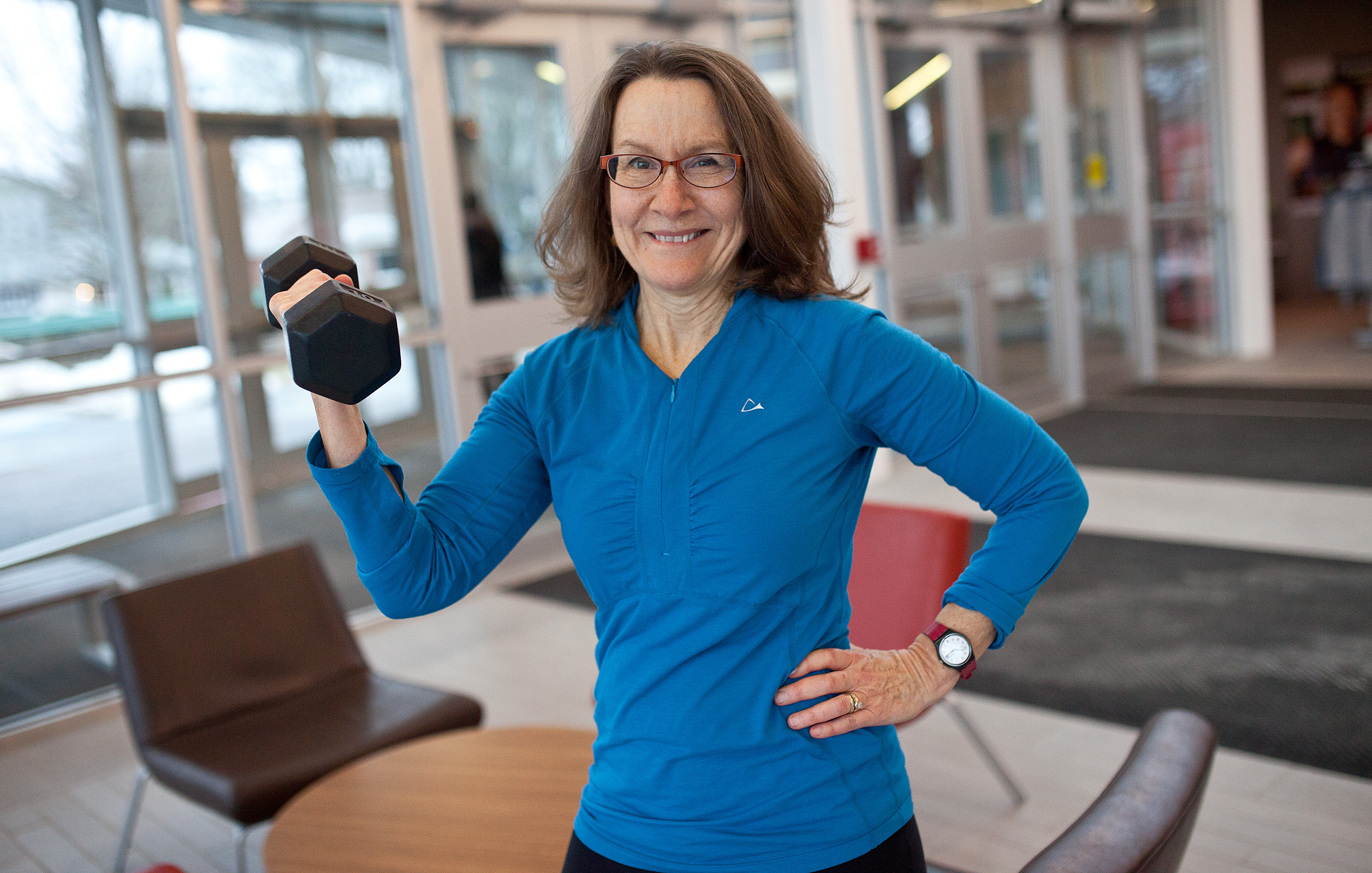 In Meg Federico’s mind there is just one thing standing between older adults and a nursing home: getting out of a chair.

It’s something she drives home every time she teaches a chair fitness class at Spencer House, a south end Halifax seniors’ drop-in centre.

“One of the exercises we do is get up out of a chair and we can do that 30 times. It’s like we’re looking to create a new Olympic category we just don’t know what to call it, maybe rise and shine?”

Her jokes are also a major part of her class to the delight of the eight regulars who have been getting up, down, and back up again for about two years.

“The atmosphere here is you can’t do anything wrong. Everybody can do it.”

The 61-year-old Federico wasn’t always a seniors fitness guru. For years she was a stay-at-home mother of three who wrote for the Halifax Daily News and several other publications. She also wrote a book about her experiences looking after her mother who remarried at 80, lived in New Jersey and had dementia. Federico never expected much out of it, but in 2009 her book The Departure Lounge: Adventures in Mothering Mother was published and it was a hit. But Federico had a hard time with the success and the exposure of intimate details of her life.

“It made me realize how out of control a piece that leaves your hands is. It takes a life of its own.”

That experience, coupled with developing vision problems, prompted her to back off from writing. Instead she took extensive training and became an older adult fitness specialist and personal trainer at SMUfit.

She wanted to use her knowledge of seniors in a different way and also change attitudes about aging. Federico said she found how very little people know about aging.

“They think it goes like this: baby, toddler, child, teenager, adult, dead. That’s it. But there’s a whole bunch of stuff between adult and dead that people are really not aware of.”

So she volunteers with the chair fitness class to help people reconnect with their bodies while gaining agility, strength and balance.

“I think people come to the class because it’s fun. We have a good time and we do stuff with balls where I have a narrative about walking up a hill and picking apples. It’s very goofy, it’s not serious.”

It’s fun, but it also serves a serious purpose and Federico doesn’t pull any punches about it.

“Here’s what happens if you don’t take care of yourself: other people have to lug your body around and take care of you. That’s the consequence and one that cannot be avoided,” she said.

“If exercise was a pill, everybody would be taking it and the government would be paying for it. There is one thing standing between you and a nursing home: it’s your ability to get out of a chair.”