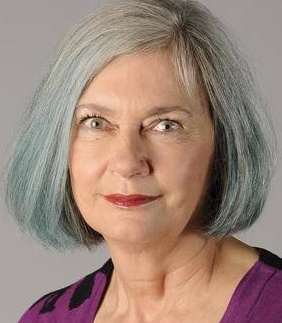 I come from a cat household. My husband’s family always had dogs. I won that argument for decades through a series of felines called Xerxes, Selrahc, Angus, Sylvester and Alice.

We acquired that last cat from a destitute artist, who lured us into his studio because our daughter had spotted a litter of kittens tumbling amongst his stacked canvasses.

We emerged a few hundred dollars later with Alice and a painting of Siena – and grew to love both. After Alice finally died at the venerable age of 20, we cleaned the carpets and embraced the end of furballs, litter boxes and the syndrome known as “cat on wrong side of door.”

Our son and his wife – a dog lover – soon acquired Rudy, a female springer spaniel. Rudy was a beautiful but absurdly energetic puppy who bounced through snowbanks and ran circles around urban parks, snout to the ground, tracking imaginary prey in an anachronistic hunting ritual.

Alas for Rudy, my daughter-in-law unexpectedly became pregnant with twins when the formerly beloved dog was less than a year old. Life changed for everybody, but especially Rudy.

There’s a picture of the girls, at about three months, lying side by side on the carpet in their Montreal living room, not yet able to roll over or sit up. Rudy is looming over them and gazing back at the camera with huge soulful eyes. “Who invited them?” reads the caption.

I quickly learned that there are four lots of dog people in the urban zeitgeist: young couples using dogs as an apprenticeship for babies; singles for whom dogs have become child substitutes; grannies like me whose families have expanded to include pets and well-heeled seniors, mourning their lack of grandchildren by lavishing attention on pampered pooches or “fur kids,” as Modern Dog magazine calls them.

Did you know that Amazon has a category for grand-dog merchandise? It includes mugs emblazoned with slogans such as “my grand-dogs are cuter than yours,” bomber-style jackets to keep Fido warm on winter walks, and cross-country training kits and other mind games for dog – and owner.

I can empathize with distracted, sleep-deprived parents who send dogs to shelters or threaten to leave the front door open when traffic is roaring by.

As a granny, I’ve had my infuriating moments – such as the time when I hauled the dog and two toddlers down from the third-floor walk-up, including the picturesque but treacherous outdoor staircase, strapped the babies into the double stroller, leashed the dog to the handle and set off for the park on a blisteringly hot summer day. The park didn’t allow dogs off-leash or inside the enclosure with the playground equipment so she barked incessantly outside the gate while I chased toddlers who insisted on running in opposite directions from one high-risk slide to another. I was so frustrated and exhausted that I couldn’t decide whether to cry or scream.

What’s better than one grand-dog? Exactly. My daughter and her partner have recently acquired a rescue dog named Phyllis. She is “very chill,” say her owners, and I agree. Phyllis doesn’t bark like her “cousin” Rudy, but she tends to establish her territory by peeing and pooping on the carpets. She is a survivor of abuse and so we must make allowances, mustn’t we?

Last week, we invited all the humans to our house for a birthday celebration for our youngest grandchild, the twins’ two-year-old brother. “How could we exclude Phyllis from a family occasion,” my daughter demanded, with the righteous resentment of the second-born. I finally succumbed, although I could imagine my female friends whispering “enabler” behind my back.

The proud owners arrived with balloons for the birthday boy and a box of diapers for Phyllis. That’s right. Doggie diapers. They fit like human diapers with sticky tabs, but with a special hole for the tail. As a party game, putting a diaper on a dog beats Pin the Tail on the Donkey, any day. Unfortunately, nobody had asked Phyllis if she wanted to play. She growled at the toddler – the closest to anybody her size – ripped off the diaper and made short work of the carpet we hadn’t cleaned since the demise of Alice, three years ago.

Still, I’ve become a dog lover since Rudy and Phyllis entered our lives. My husband, not so much. He had enough of stooping and scooping as a kid and leaps with shock whenever a dog jumps on the bed in the middle of the night during a sleepover.

I am the one begging to have the grand-dogs visits – although not at the same time. I love the way they sit quietly at my feet while I stare into the blank computer screen and then force me to get dressed and take them for walks. I’ve met new friends, reacquainted with old ones and lost five pounds – maybe.

I don’t want the responsibility of owning a dog, but I love sharing one and sending her home when it suits me – rather like dealing with the real grandchildren.