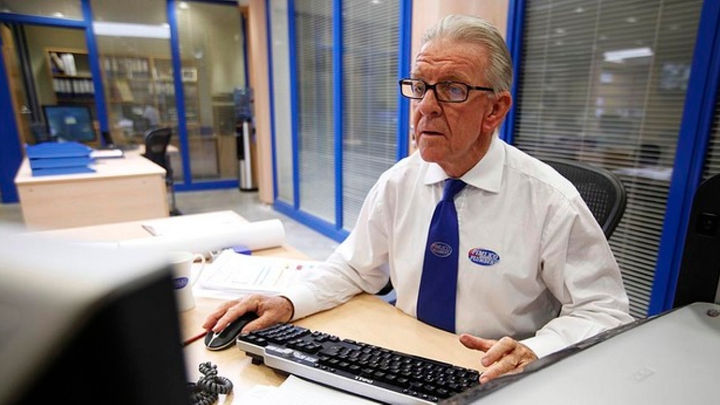 Vi Sorenson is months away from reaching Canada’s retirement age — but out of necessity, she won’t stop working anytime soon.

“I’ll be reaching 65 in the next year, and I certainly won’t be retiring,” she told host Gloria Macarenko on CBC’s BC Almanac Wednesday.

Nearly one in five Canadians aged 65 and older are still in the workforce, according to recently released census data. The rate has doubled since 1995, with experts pointing to swelling costs of living as one of the driving factors.

Sorenson is the executive director at Kelowna’s Senior Outreach and Resource Centre. Like many of the seniors who walk through her doors, she expects her old age pension alone won’t be enough to cover housing costs.

“We have a real limited supply of market housing [in Kelowna], never mind the dearth of low income housing,” she said.

While it’s important to note that many seniors who continue work aren’t dependent on the income, she says data also suggests that the rate of poverty among Canadian seniors is growing.

“There is this mistaken impression among many that seniors are homeowners … and that’s not true,” said Ivanova. “The core housing need is much higher among senior renters than among non-senior renters.”

Ivanova says more than half of senior renters in B.C. spend over 30 per cent of their income on housing.

“It’s a huge issue. We haven’t done enough to provide publicly subsidized affordable housing options for lower income seniors, and as the number of seniors is growing, this is becoming a bigger and bigger issue that urgently needs policy attention.”